Today is our last Give Cancer the Paw blog hop. My co-host Peggy of the Writer's Dog and I invite you to join in and pay tribute to a special pet you've known and loved who has/had cancer. You can write a tribute post, share an old post about a beloved pet, or even just share a photo. Today I'm posting about our beautiful angels. 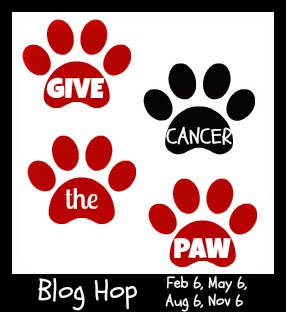 If you've been around the blog for a while, you know we lost both our beautiful girls, Bailey and Abby to cancer. Bailey had hemangiosarcoma, and Abby had osteosarcoma. 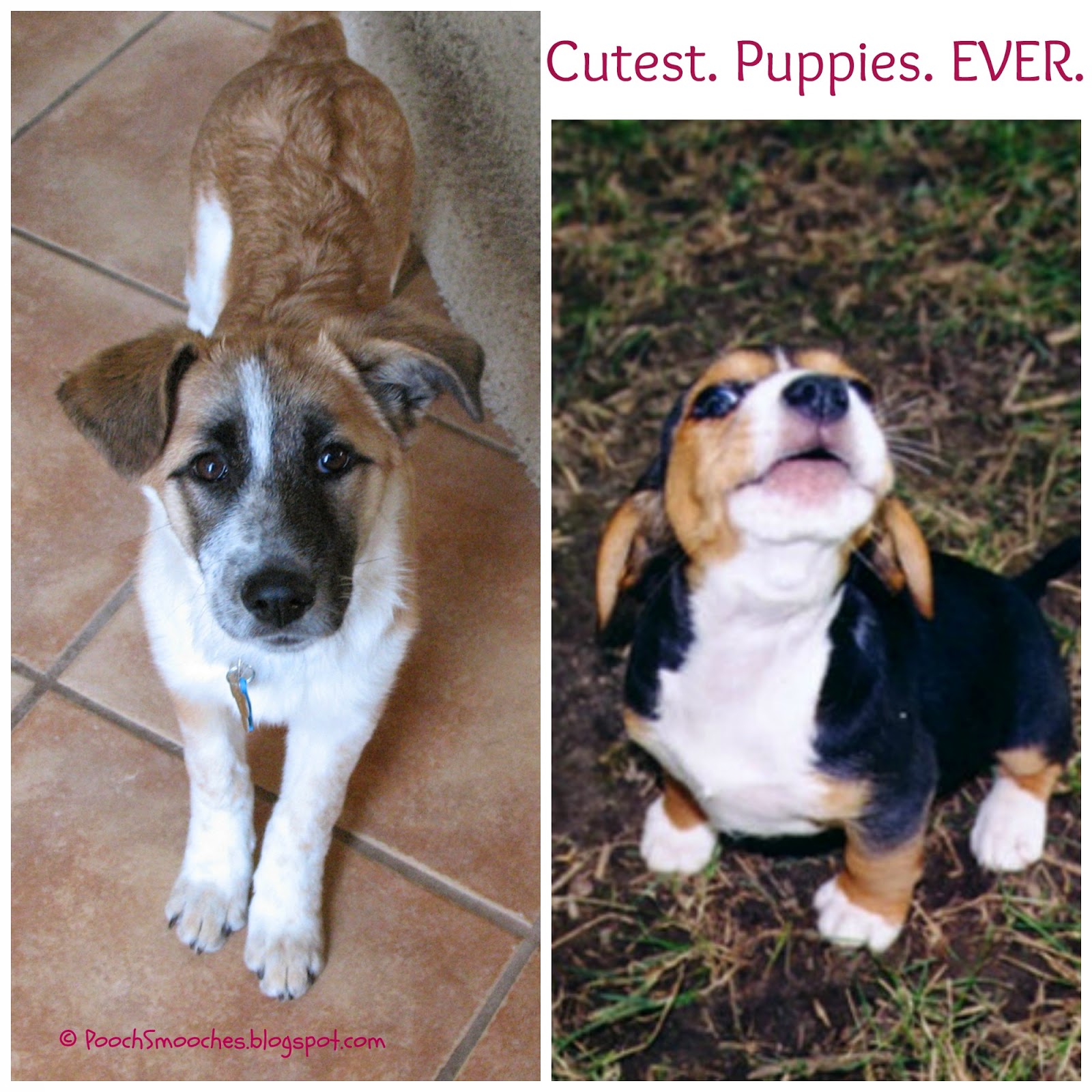 
It was while Abby had cancer that we discovered Morris Animal Foundation when we participated in their K9 Cancer Walk with our girl. We also entered her in the Orvis Cover Dog contest which raises money for MAF. We've been supporters ever since, and attended their gala, and I've pledged to donate a portion of the proceeds from Rescue Me, Maybe to them. 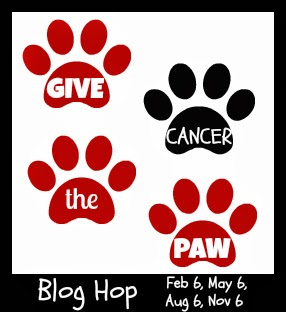 Follow Up Friday: Beggars Still Choosing, No 1, and Not My News But...

I had this post almost completely done. And then I hit some strange key combination on accident and lost the whole thing. Even though I'd already saved it several times. ARRRRRGGGGHHHH.

Beggars Are Still Choosers
I posted about Rita turning down an offering of some lobster. She continues her choosy ways in this video:

{Please ignore the dog hair on the floor. I bet you have no experience with that sort of thing...}

In yesterday's post, I told you about how we met this gorgeous gentleman, Parker Pup: 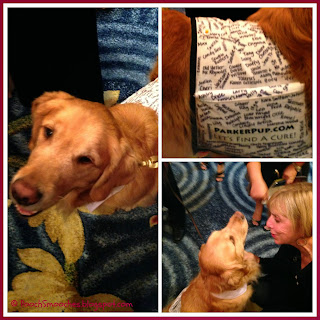 I apologize in advance for how wordy this will be, but I wanted to share my pics from the Morris Animal Foundation (MAF) Gala of Hope and tell you all about it.

I also apologize in advance for how crappy our pics are. (!) My sis and I are new to having iPhones. (Do all iPhones take crappy pics indoors if the lighting isn't great, or is it just us? It's just us, isn't it...) If I'd known, I would've brought my "real" camera! Darn it.

My "date" and I checked into our lovely hotel room and got dolled up. 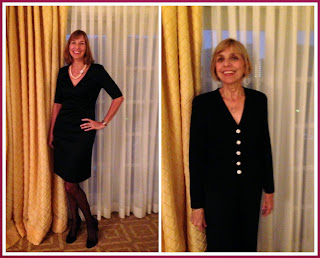 Monday Mischief: Even More in Awe of Betty White Now

Okay - I'm going to start right out by saying the mischief is all on me today. I am too beat to give you a full report on the Morris Animal Foundation Gala of Hope today! But... I'll give you some teasers and answer the Big Question.

I'm joining the Follow Up Friday hop a little late...

If you read yesterday's post, you know I was soooooo bummed about not getting to go to the Morris Animal Foundation Gala of Hope... but we ARE going!! I just found out a few minutes ago that it's 100% for sure happening!! 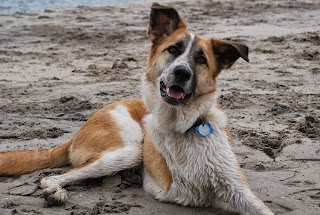 On Saturday, Mike, Abby and I as well as my sis, Terry, and her corgi, Lou, all participated in the Canine Cancer Walk in Walnut Grove Park, San Marcos. Funds raised are going to the Morris Animal Foundation Canine Cancer Campaign. We were a little worried we might not make it, as the forecast was not good and we didn't want to drive the 50 min. to get there in pouring down rain, but the weather held for the most part and it ended up being really nice during the walk.

The walk itself was pretty short - only 1 mile on a flat path, so definitely not enough to wear our girl out - but there were a lot of dogs there and lots of vendors handing out goodies for the dogs. Mike and I scored some free T-shirts that say "Cancer Bites" which were really supposed to only be for the team from the Veterinary Specialty Hospital. We offered to buy them, but she said they were just extras and gave them to us. (Technically, they were not free since we easily spent about five large there when our last dog, Bailey, got sick...) Anyway, the organizers said they'd hoped to have 100 dogs and raise $15K, but they ended up with ~250 dogs (I think that's what she said) and raised $23K! Our family has lost many great dogs to cancer, so we were happy to take part.

I'll let the pics tell the story (if you want to see any of them larger, just doubleclick):


The best thing would be if Abby's able to go again next year...