Monday Mischief: My Momma Experimented on Me!

Rita here. Sit back, get your popcorn, and lock the doors, cuz I have a scary story to tell!

The other day, Momma insisted on brushing me 50-strokes. I don't like being brushed very much, so that was not super fun but I tolerated it.

Then we went for a long walk, and I looked like this after: 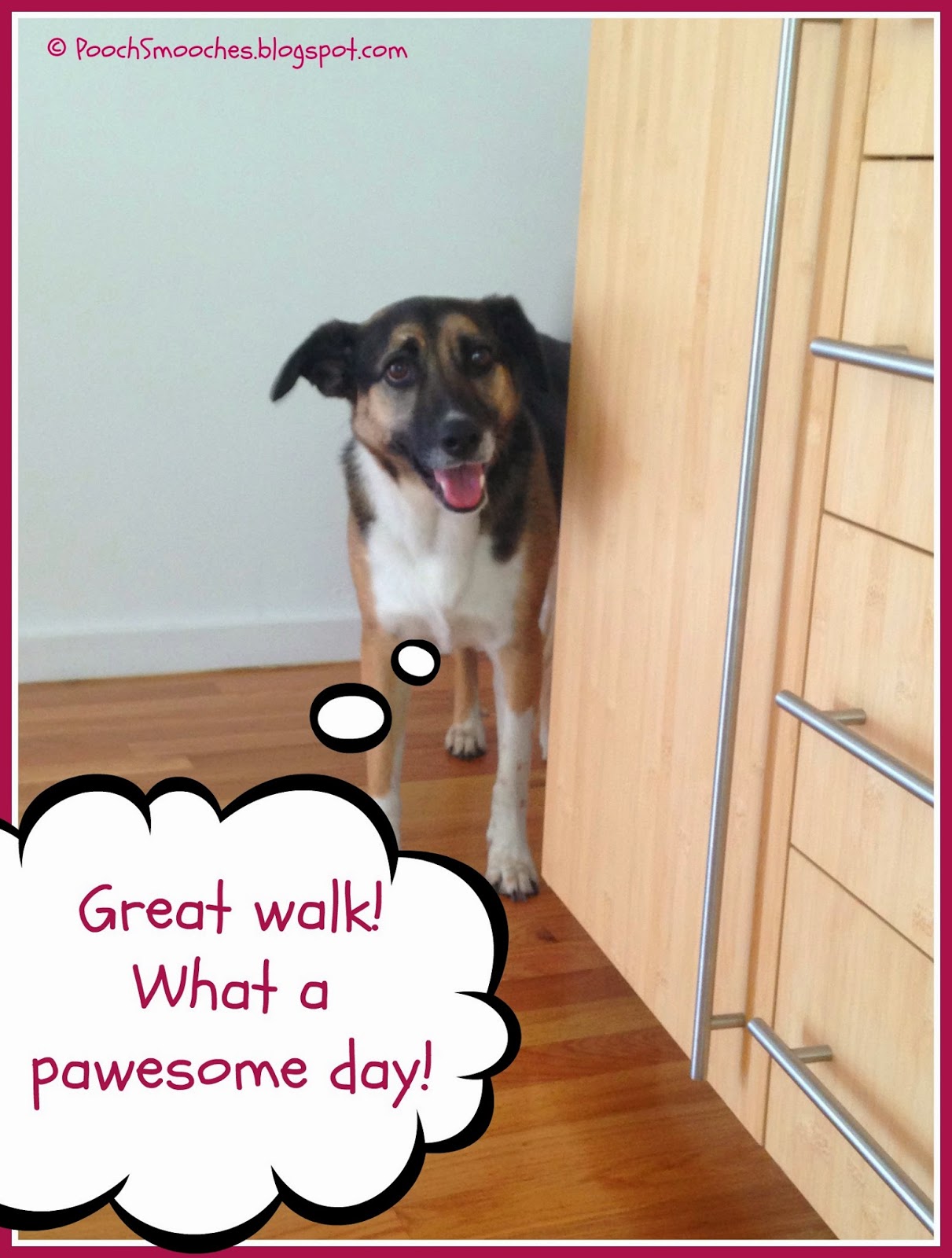 I was very happy.

Little did I know what was coming... (If it had been a horror film there would have been all that eerie music to warn me.)

When I was summoned to the bathroom with the tub in, I wisemheimered-up. 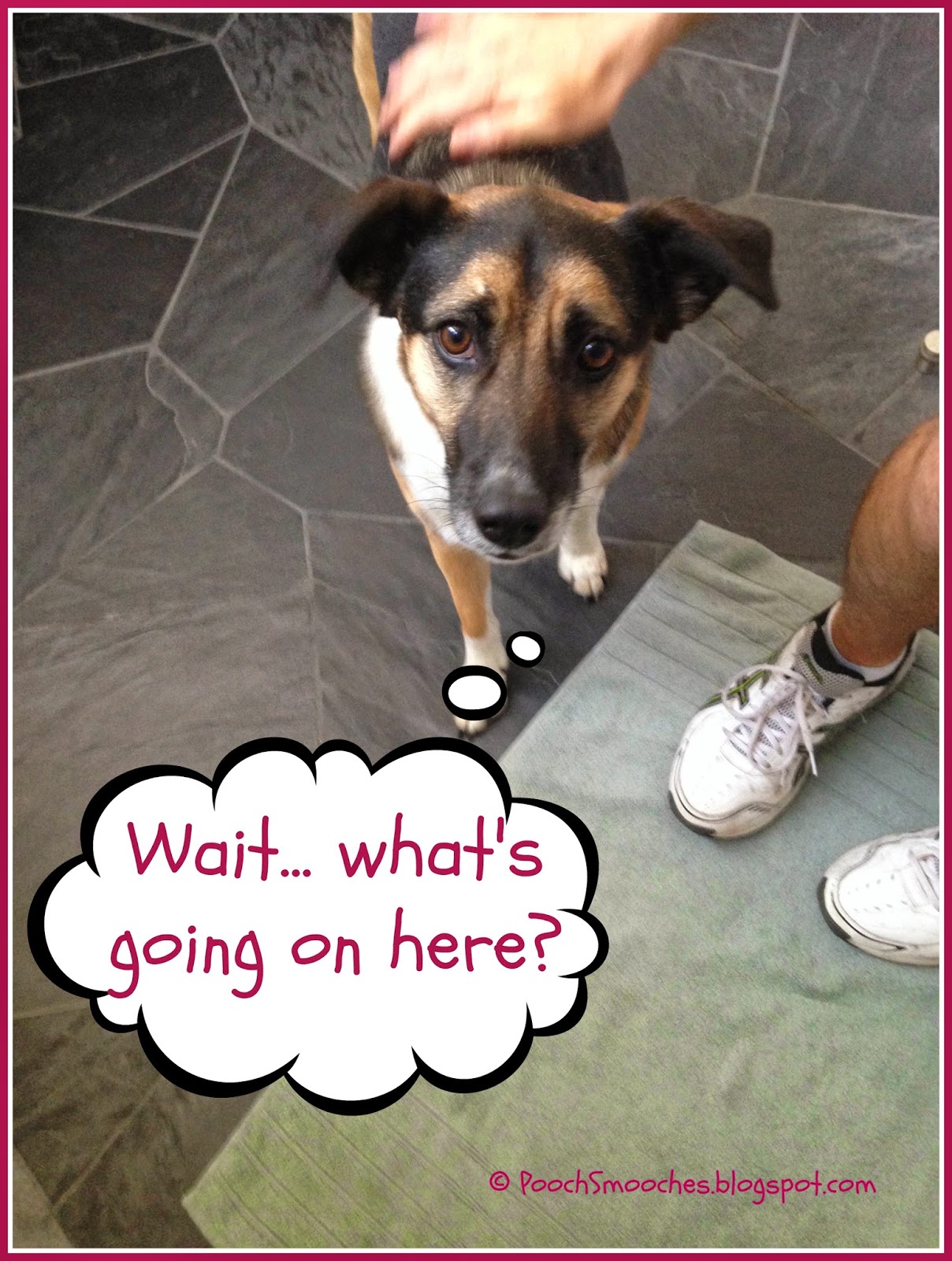 Yes, there was a bath! And not just with shampoo - there was conditioner too!! 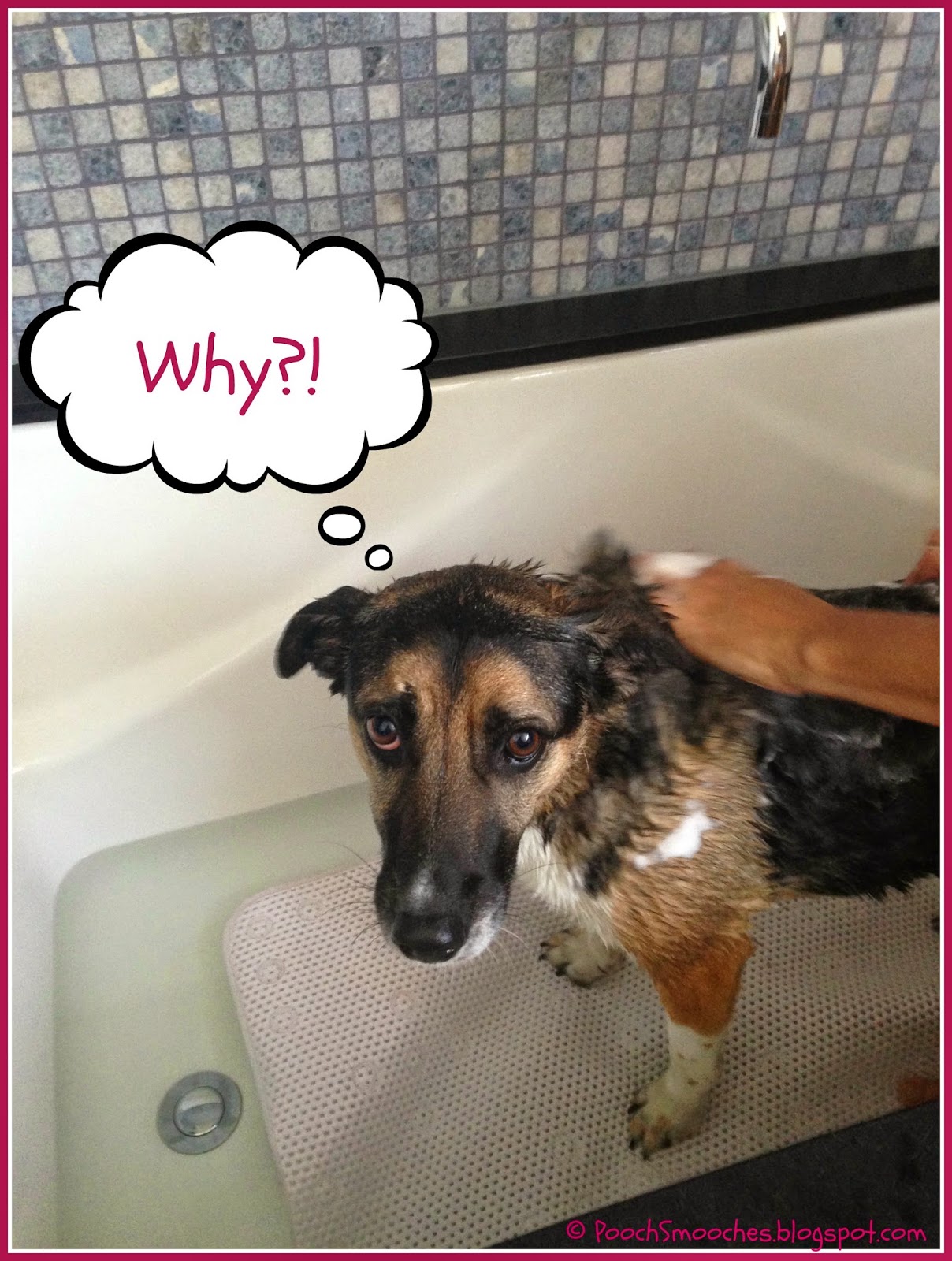 At least I got a pig's ear after. 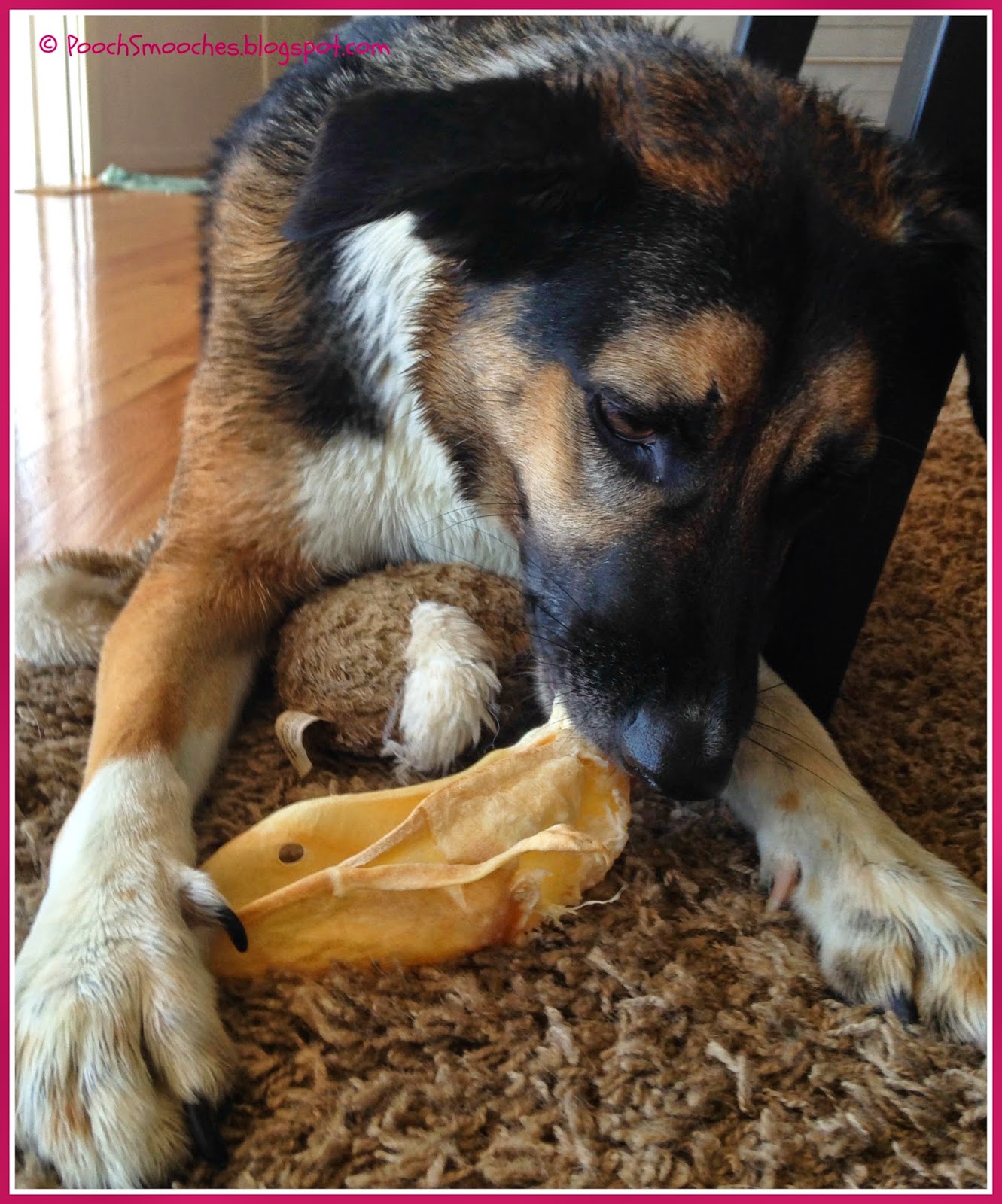 And then I took a LONG nap. 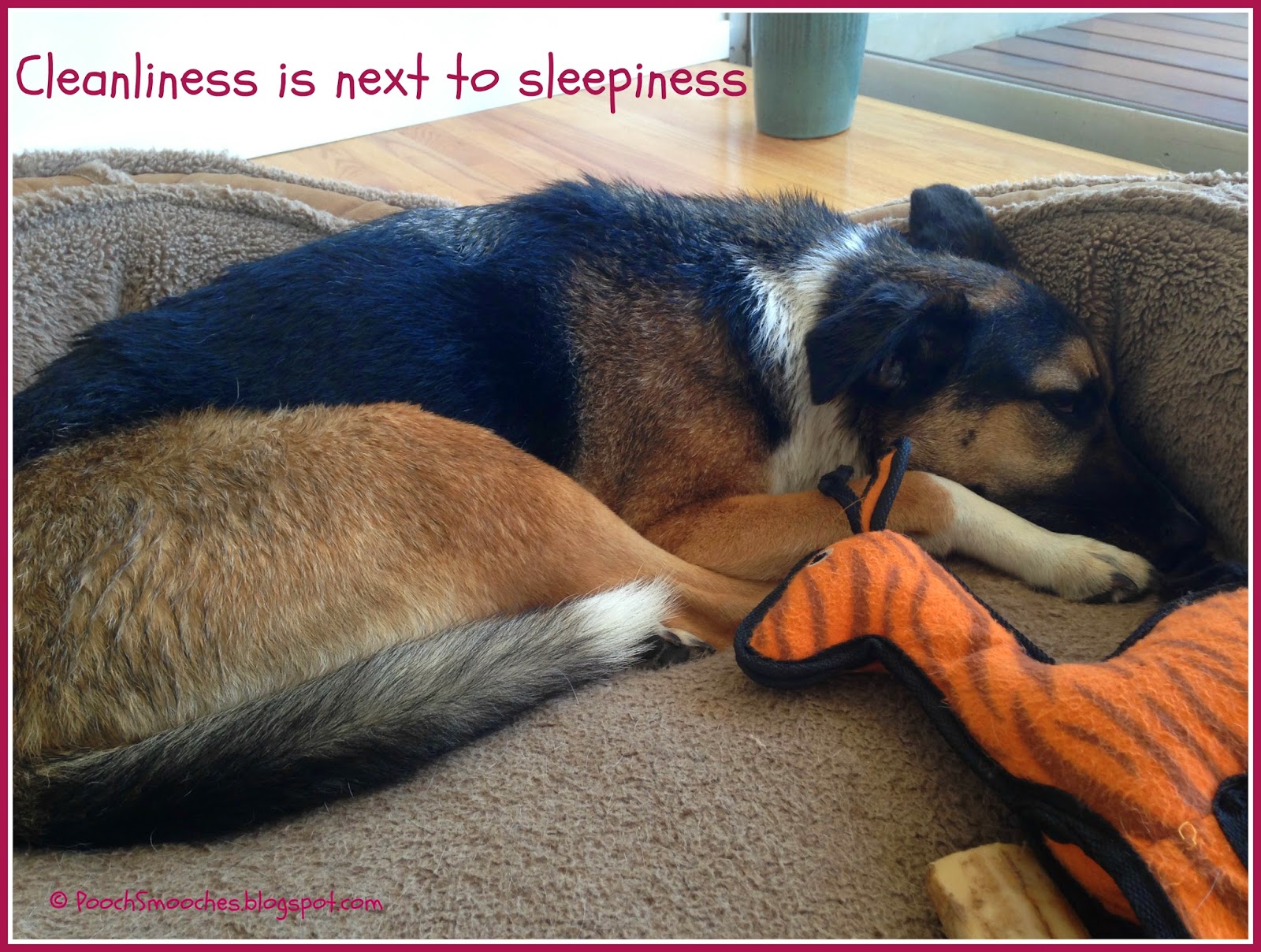 Two days later, I thought the worst of it was over. (Although I still smelled really good, which was annoying!) But then Momma got out the brush again for another 50 strokes.

I had just about put the whole horror behind me, when she got the brush out again 2 weeks later!

Then she admitted the whole thing was an experiment!* WtH!? I am not a lab rat! And if I am... well, I'm going to need a much more steady stream of pig's ears!

Do your peeps ever experiment on you!? Lab-Rat Rita signing out!

* A message from the Momma
Yes, I did try a wee experiment on Rita. I read a post over at Rocco's House the other day on "shedless shampoos" and since Rita's been a dust-bunny-manufacturing machine around here, I decided to try the Paw Brothers MatMagic Shed Control shampoo and conditioner. Rita doesn't have "matting" problems since her hair is short, but it's both a detangling and a deshedding shampoo. (And there's a dog that looks like Snoopy on the bottle!)

I think it worked! Here's a graphic that shows the before and after shots of the hair I got off her. There was a TON of hair in the tub after the bath, and the hubs did a quick brushing once she dried off that got rid of the rest of the loose hair. 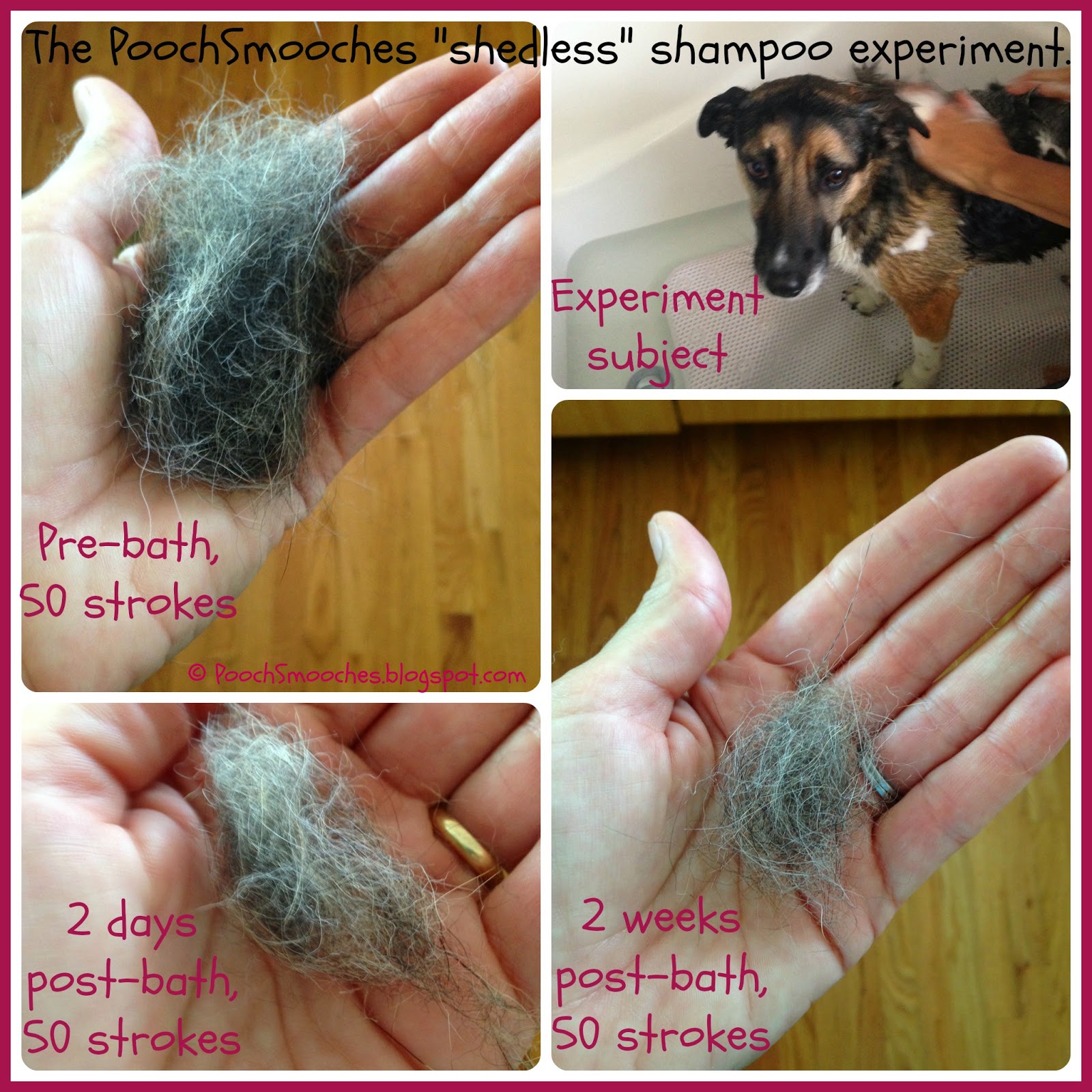 To be honest, we don't bathe Rita very often, and I never tried testing how much hair I could get off her pre- and post-bath, so I'm not sure if any shampoo might have had such results, but it definitely helped. I don't seem to have to sweep as much ever since the bath and it's been 2 weeks now.

Also, I'd never used a conditioner on the dog before, and it really made her coat SO soft! She also smelled fantastic for days.

Have you tried a "shedless" shampoo?

Posted by Jackie Bouchard at 7:39 PM