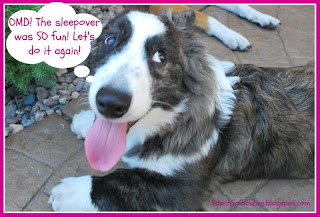 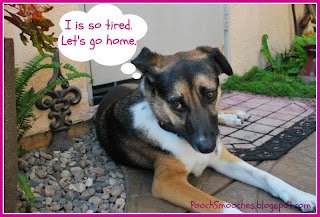 Apparently they played for 90 minutes straight when I first dropped Rita off. Whenever my sis & her hubs tried to separate the two of them for some rest (for all involved), Reggie would cry and carry on. So, at bed time they had to trick him into thinking she'd gone home!

Although calmer, he was still a little full of it the next morning:

Rita gave in and played a wee bit more 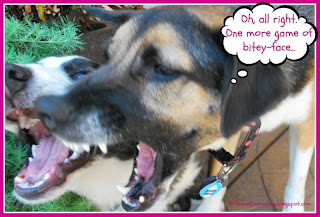 When we got home, she looked like this the rest of the day:
And -- cuz you know you want it -- here's a bonus pic of Reg. He's all ears.
Okay, and one more bonus pic of his ginormous feet. 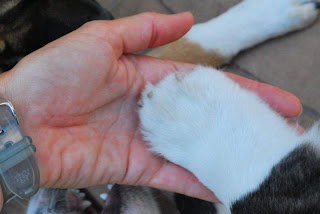 Posted by Jackie Bouchard at 9:22 PM