A Moveable Feast With a Side of Mischief

I hope all of you in the States had a great Thanksgiving! Ours was very nice, if a bit complicated logistically.

Because my mom is in rehab (following a hospital visit, not for drug abuse!) about 75 minutes away and could only get sprung for 4 hours, we had to have a "moveable feast," which included Rita of course... and some mischief on her part. 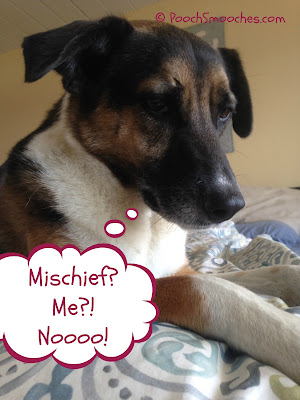 My brother's house is only about 20 minutes from the rehab place, but my bro and his wife went away for the long weekend. They were very nice to hide a key for us so we could use their place to have our feast.

There were only four of us (well, five counting Rita), but I was a bit worried how everything would come out since I had to make a lot of it ahead and then transport it. Everything came out yummy though. (If I do say so myself...) 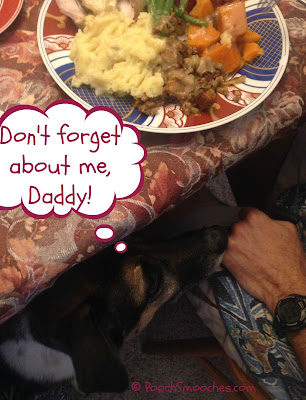 She was really working the dog-daddy, resting her head in his lap for maximum begging cuteness. 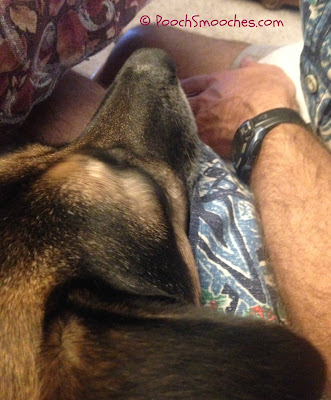 But her real mischief was getting into my brother's dog's basket of bones and balls. 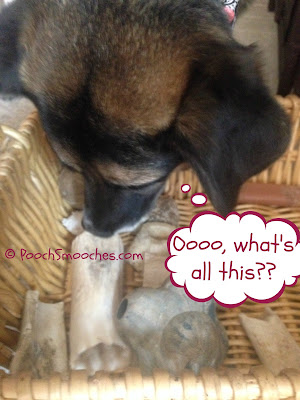 She got out pretty much every one of them, and gnawed on each bone until she found a favorite. 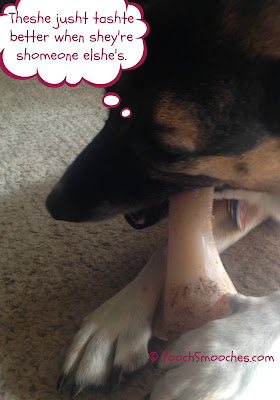 I wonder if he smelled her on his stuff after he got back??

Did you have a nice Thanksgiving?

Thanks to My Brown Newfies for hosting Monday Mischief! Visit MyBrownNewfies to see the other blogs in the hop!

Posted by Jackie Bouchard at 9:02 PM