Rita turned four on Tuesday. Well, we don't really know her exact birthday, but June 16th is the day we celebrate. Based on the age Baja Animal Sanctuary guessed at for her, we figured her birthday was around mid-June, and since 6/16 is her angel-cousin Lou's birthday, it seemed like a perfect day to pick for Rita.

Rita wanted a party with pony rides and a clown (to bark at) for her birthday but we decided on something a little more low-key.

We started the celebrations on Sunday night, when the whole unit went to In-N-Out burger and Rita got a Flying Dutchman! (Which is 2 burger patties with cheese. Yes, I know - so decadent, but she only gets one on her gotcha day in January and her bday in June.) 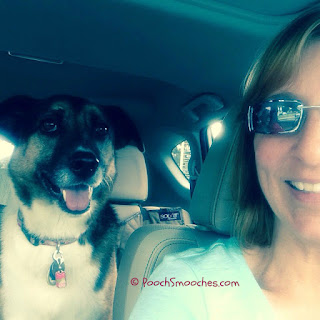 Then on Tuesday morning, she had a special play-date with her BFF, Dakota. They played for a good while and we went for an extra long walk! 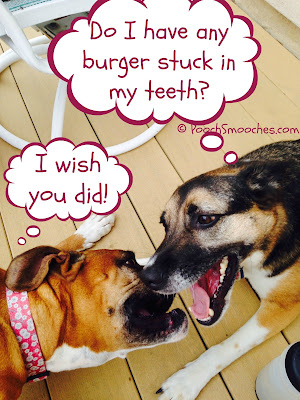 Then on Tuesday afternoon, I took her for a McDonald's ice cream cone! (And, yeah... I know - so spoiled. But it's only the 3rd time in her life having an ice cream cone.) 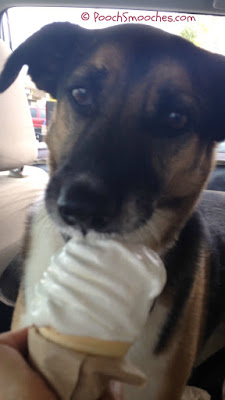 As with the first cone she ever had, she ate all the ice cream, but was not so enthusiastic once she hit the cone. 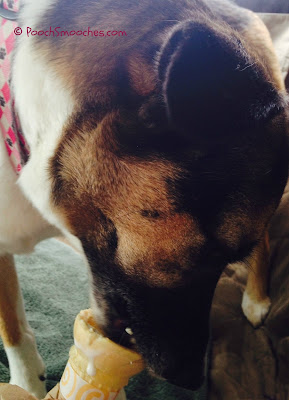 She tore the cone apart, licking up all the ice cream and spitting out the yucky, dry cone.

Luckily I remembered what a mess she made on the backseat cover with her first-ever cone, so I put a towel down ahead of time!

No Giveaway, But...
I contemplated doing another giveaway for Rita's birthday like I did last year, but... I wasn't totally feeling that since I just gave away a bunch of books via my quarterly author newsletter. (If you want to be part of the giveaways I do thru my newsletter, be sure to sign up via my home page!)

I just wasn't sure what to do, but then I was cruising my feed on Facebook and saw on Baja Animal Sanctuary's page a post from yesterday saying they were down to the last $200 in their checking account. Yikes! Not good.

So, instead of doing a giveaway I sent them a donation in Rita's honor. Luckily it looks like a lot of other folks on their Facebook page also mentioned making donations so hopefully they'll be okay for a long while. Obviously since we got our special girl through them, we think they're a great organization!


Does your dog get a special treat on his/her birthday?