A Tribute To A Cancer-Fighting Warrior

Last week we lost a cancer-fighting hero - Charley, the chocolate Lab.
You might recognize this handsome boy since he's on the cover of my first novel, What the Dog Ate. Ellen graciously let me use her fantastic picture of Charley for the cover of my book, and he made a perfect "Kona". I couldn't possibly have found a better photo for the book. 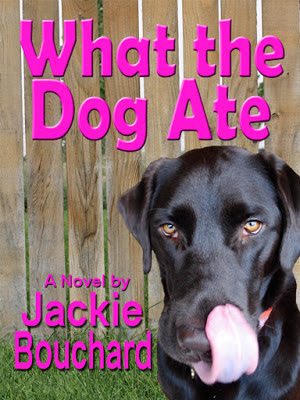 I “met” Charley and his mom on Yahoo’s “Bone Cancer Dogs” support group many years ago. Charley’s amputation was the day before our Abby’s, so they became “amp buddies”. They were both young strong dogs (Charley was 2 1/2, Abby was 1 1/2 years old) who fought their cancer with everything they had in them.

Abby succumbed to her bone cancer 15 months after her amputation and went on to become one of Charley's angels. I liked to think she was keeping an eye out for him, along with some of the other cancer warriors who'd gone before him.
Charley was amazing, kicking bone cancer to the curb not once, but TWICE. He beat it, and it tried to come back but he wasn't having it.

He lived almost FIVE years after his amputation. That's amazing. He was a huge inspiration to so many other people going through the cancer journey with their dogs.

Unfortunately cancer had it's way in the end and Charley was taken suddenly by hemangiosarcoma, a real s**t-head of a cancer that usually attacks with no warning. Since hemangiosarcoma often develops on the organs, there is often no outward sign that anything is wrong until the tumor ruptures. (Unfortunately, we know hemangio too well since it took our beloved beagle from us.)

I'm so sorry that Charley didn't get to stick around longer, inspiring more people and their pups. But Charley had an amazing life and amazing pawrents.

As I like to say about Abby, he may have been cheated in terms of the quantity of his life, but he had a great quality of life.

I like to think that Abby met Charley at the Bridge and showed him where all the best beaches are.

Charley may be gone, but he won't be forgotten.