Off The Wall Mischief

About once a week, I try to get Rita over to her BFF's house for a playdate.  They play like crazy, and then we all go for a nice long walk.

I've shared a photo of her BFF before - she's a boxer named Dakota. She will kiss you with that big ol' tongue if you let her. 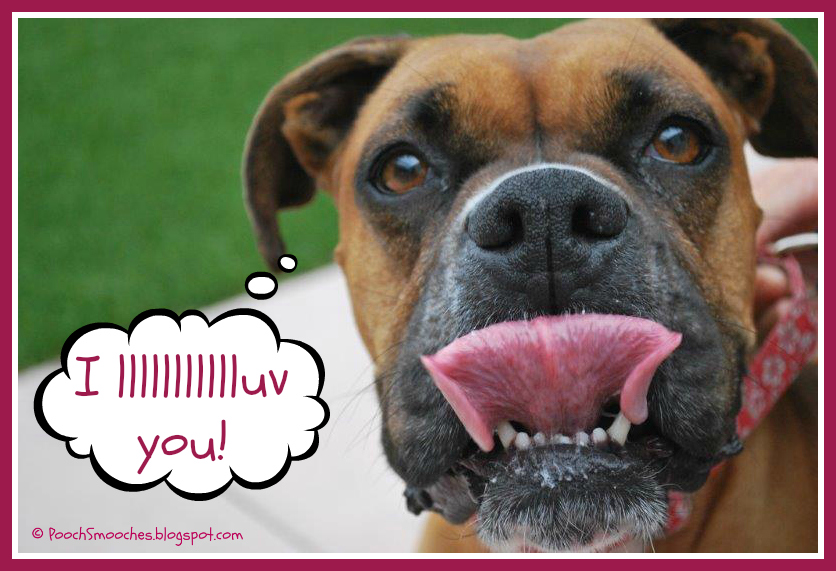 Well, Dakota is very, uh, high-energy. When we go to their house, she'll often run up the hill in their yard and come flying off the wall. I'm usually too slow to catch it on video, but I finally did the other day. (The video lasts all of 2 seconds... and you'll hear me emit a weird sound, which... well, I don't even know what it means. It's either my impression of the sound I think Dakota makes as she goes careening past me, or some kind of high-pitched warning to Rita to "get out of the way, ya' dummy!")

So... did you see how my crazy Rita stands right below the darn wall, right about where Dakota lands?!

Dakota even landed on her a couple of weeks ago (luckily neither of them were hurt, since Rita ducked down so that Dakota sort of landed OVER her, rather than right ON her). But even after that narrow escape, she still stands right in Dakota's flight path. Sometimes, they'll do this over and over again.

That is not smart mischief!

Hope you've gotten up to smarter mischief than that this past week!