Rita here! I met my new cousin, Reggie, this weekend. Momma said I did really good! She took about a thousand pictures, so I will let the pics tell the story:

We met through some bars, but he looked like he wanted to kiss me, and I looked like I wasn't going to eat him, so they let us meet for reals. 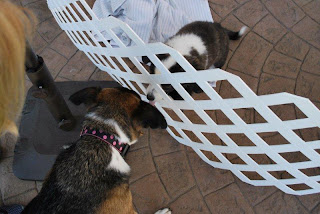 He tried to give me a hug right away, but like my Momma, I am not really into hugs right away.
The hug thing made me a little wary... but he was so darn cute.... 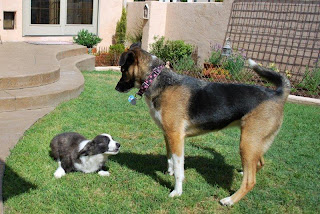 ...that I couldn't resist trying to get closer. So I tried to make myself smaller. 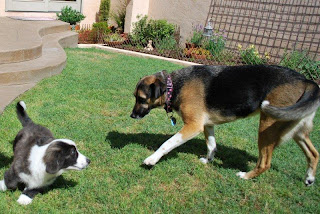 I even tried to get really small, but then he got shy and started hiding in everyone's laps.
"Come on out on the grass, Reggie! I won't bite you. Much...." 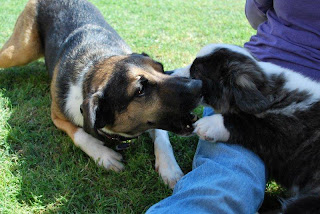 Finally he came out for a romp on the grass. 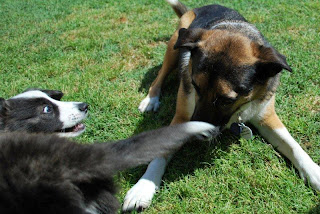 I got reeeeal small so he wouldn't be afraid... 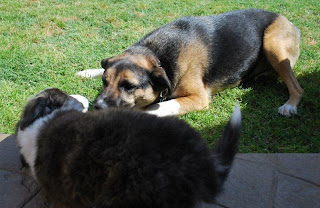 ...and he got so brave that he pounced on me. 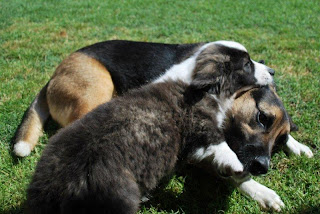 Later, we sat and had a good chat.
I told him some of my secrets:
And he told me some of his. (His were pretty boring. He hasn't seen a lotta stuff yet.)
I gotta admit... he's pretty darn cute... 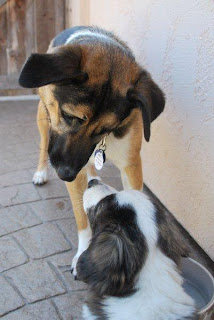 ...even when he tries to pull my tags off.
I let him look at how nice Momma keeps my teeth (I told him about the coconut oil thing)... 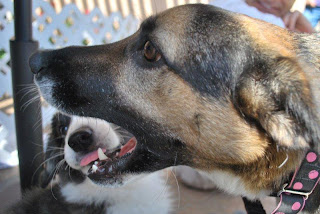 Posted by Jackie Bouchard at 6:01 AM