Our Dog is Lazy: Recumbent Fetch & Another Inventive Game for Lazy Dogs

We are coming to grips with the fact that our dog is lazy.

I've mentioned before that Rita's not really that into playing fetch. Oh, she'll run after the ball/toy a time or two, but then she just takes it to her bed. 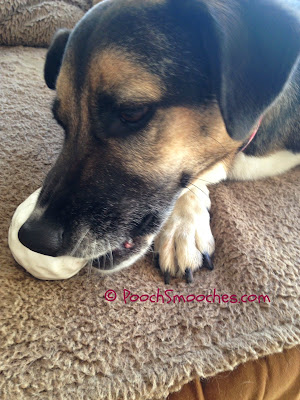 You've heard of "recumbent cycling", right? Well, I guess this is her idea of "recumbent fetch." Here's a little video of her "playing" ball:

Did you see the "well, duh" look she gave me when I said "should I get that for you?"?! Lazy little turkey.

Our beagle was also inventive when it came to ball play. Some might say she was being lazy -- because she would stay on the couch and WE would run around -- but that wasn't laziness. That was just her way of making us play too.

In our first apartment, our couch stuck out into the room, so she'd get up on the couch with her paws on the back part of it. (Some of you might recall that I wrote about this once before - and also of her love of apple-chasing and other games, but will recap here since Rita's recumbent fetch game reminded me of Bailey.) 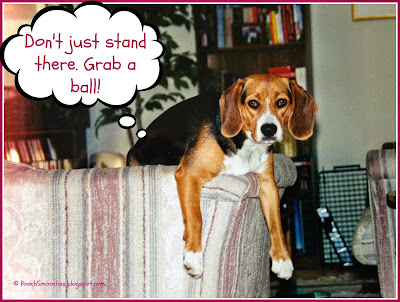 In our current house, our sofa again sticks out into the room. Thinking this would be a good game for our lazy Rita! Maybe I'll try to teach it to her!


Please tell me I'm not the only one with a lazy dog!

Posted by Jackie Bouchard at 10:01 PM