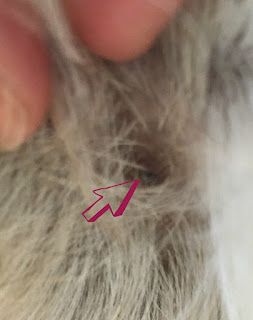 A Late Thank-You - With Random Stuff About Hot Dogs

I owe two fabulous bloggers a thank-you! And it's overdue for both of them!

We got some awards! 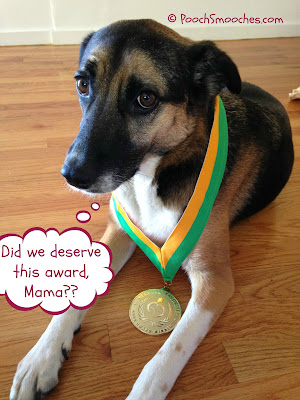 It's too hot to blog! Siriusly. My office with the computer in it gets the sun beating into it in the afternoons (and trying to blog via an iPad is an exercise in frustration!), so I'm going to try to keep this brief!

The weather in San Diego this afternoon while I type this is 87 degrees. 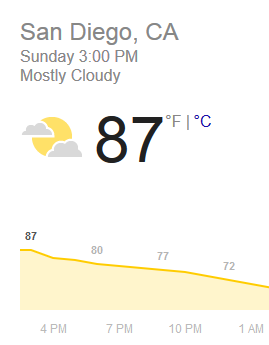 I never really understood that phrase until recently. (If you are not familiar with the phrase, since it's mainly a UK thing and we heard it a lot in Bermuda, it basically means whatever you are describing is an unappealing mess.) I've always lived with dogs that ate dry kibble, maybe enhanced with a wee bit of water, so the "dog's breakfast" just looked somewhat like a bowl of, say, bran cereal without the milk. But now that we have an odd dog who is not at all food motivated, and whom we have to entice to eat (since her pills are to be taken with food) with all manner of added goodies in with her kibble, well... now I understand the phrase pretty well.

Some of that canned food is way nasty looking. And it seems like the more expensive, more organic, more high-end doggy chow it is, the grosser it looks! (Especially the Newman's Own Organic Beef & Liver canned food she gets...) There is also the added fact that we nuke it for a few seconds (the smell comes out more, which is supposed to entice the dog to eat...) so you've got the "dog's breakfast" look plus the smell. Bleh.

I talked to Dr. V. about her not really wanting to eat her breakfast and what I should do about it, because of the whole pills with food thing. He said it doesn't have to be a lot of food - just a little something. He suggested hiding each pill in a chunk of hot dog. Here's how that went:

Anyway, he said not to worry about her not wanting to eat breakfast. He said some dogs just want to get up and get going and see what's happening and they don't really care about food until much later in the day when all the excitement has died down. (Lest you worry that her appetite is failing because of the cancer, she's been like this ever since we got her. Just not really interested in breakfast -- although she does usually eat it by dinner time. Then wolfs her dinner down shortly thereafter.)

She was keen on the hot dogs for a while, and I could at least get her interested in her breakfast if I threw some chunks in (then I'd give her her pills in the standard scoop of peanut butter) but now she's even bored with the dogs! Oy. I mean, what kinda crazy dog doesn't want to eat a hot dog??? Our special girl - that's who. Right now, at 6 p.m. there is still a bowl full of Blue Buffalo kibble, mixed with hot dog chunks and water, sitting in my kitchen and it looks like a total dog's breakfast.

P.S. I found out there's a feature where I can designate a short list of people to get each blog post via email, so you don't need to check the blog - you'd just get an email instead when there's a new post. If you want me to put you on the list for that, let me know.