A New Adventure in Old Town

The hubs and I are members with the Temecula Olive Oil Company (their oils are fantastic!), so once per quarter I get an email that our oils are available. Rita always comes along with me to pick them up at Old Town - a historic State Park, here in San Diego, considered to be "the birthplace of California."

We've been many times, and we always take a nice walk before stopping in at TOOC, which is dog-friendly so Rita always comes along in and gets a treat.

Well, this time when we were walking around waiting for TOOC to open, I noticed a shaded grassy area and, since it was a hot day, we headed over.

The first thing I noticed were the beautiful jacaranda trees. (So pretty! But so messy!) 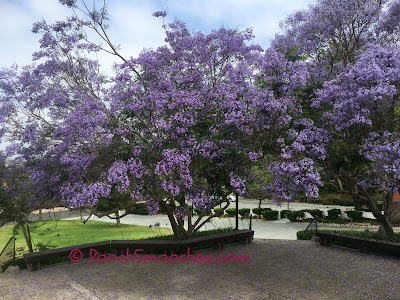 And then I realized this was a whole section of Old Town, called Heritage Park, that I'd never noticed before! (And I've been there many many many times!)

Heritage Park includes several of "San Diego's most notable Victorian homes" that were relocated to the park and restored to their original beauty.

The houses were all really pretty. (I LOVE Victorian style houses. Although... I'd hate to have to deal with the upkeep!) 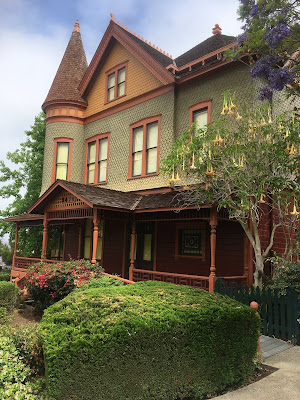 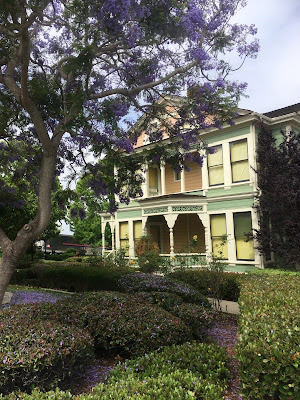 I especially liked this one with the cool widow's walk. 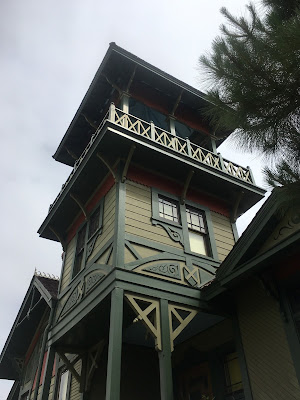 Rita liked them all too and of course, as is her way, she wanted to visit! 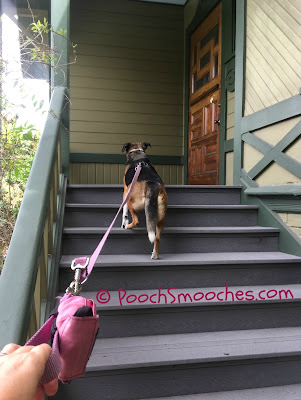 She went to the door of every. single. one. (The houses weren't actually open - not sure if you can tour them or not??) 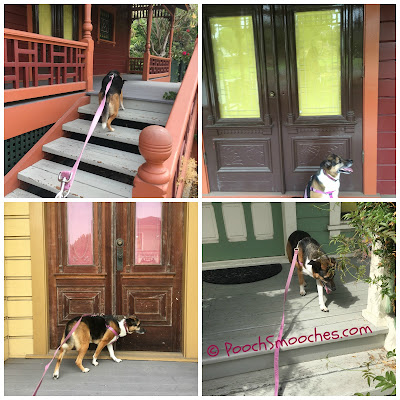 She was especially interested in trying to drag me into the temple, which the sign said was SD's first synagogue. 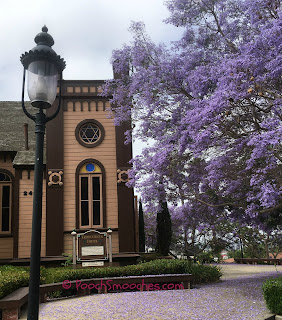 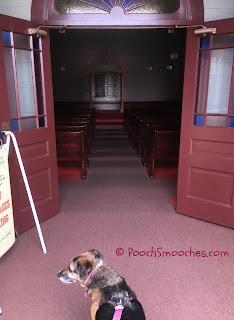 Not sure if the "spirit moved her" or she was just hot and looking for a cool place to sit for a while. Probably the latter. 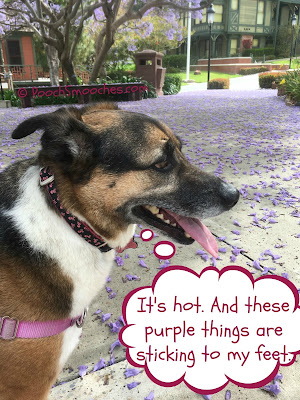 
Have you and your pet been on any new adventures lately?