A Dog-Less Road Trip - But Not Totally

Remember I posted recently about Rita's car anxiety and the triple-whammy I was going to try to use on her for our upcoming road trip? Well, I didn't have to triple-whammy her, because at the last minute things worked out for her to stay and play with Reg. (Yay! She loves Reg and hadn't seen him in a while!)

This worked out well for our trip, because originally we'd planned for her to NOT come along and made plans to hike in Zion and Bryce National Parks. Well, then it looked like she'd be coming with us, so I started researching Utah state parks with dog-friendly hikes. But, then in the end she didn't come, so we were able to revisit Zion and Bryce, which was where we'd gone on our honeymoon 20 years ago.

Even though this isn't a very dog-full post, I thought I'd share a few select vaca pics. (Do you hate when folks share their vaca pics? I like to see a few - ya' know... not every single one, but, yeah, hit me with the highlights!)

On the way to Utah, we drove through the Valley of Fire State Park in Nevada and saw the "Elephant Rock." Really cool! 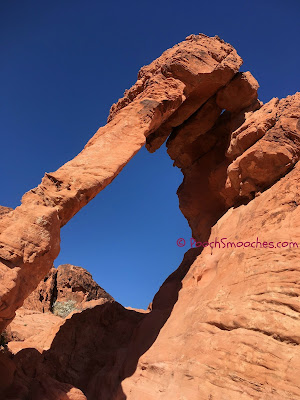 First stop once we got to Utah was Zion where we did the Emerald Pools hike (see the water trickling down?)... 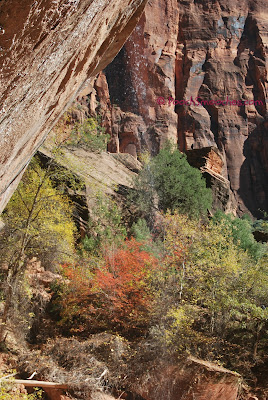 ...and we tacked the Grotto hike on to that. If you've never been to Zion, the best word for it is majestic! Unfortunately the lighting wasn't right to get a great pic of the main canyon, but this gives you an idea. 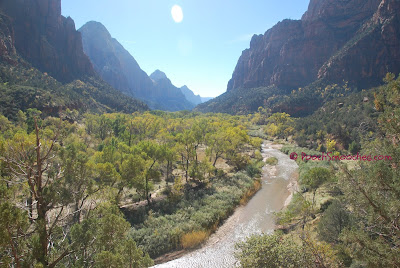 We also did the Canyon Overlook hike, which was steep in spots, but short. Again, due to the time of day, I couldn't get great pics of the canyon, but I did get some of the big horn sheep we saw!

The next day we went to Bryce, where we hiked the Navajo Loop... 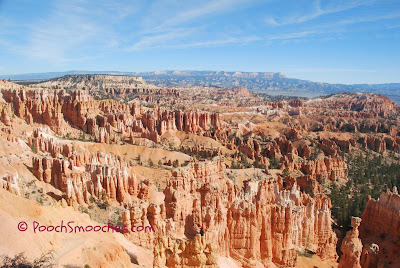 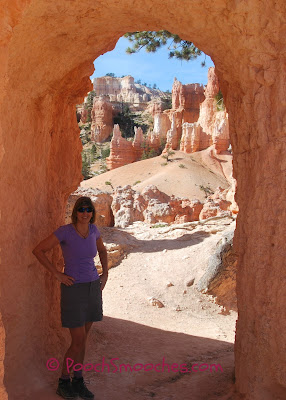 If you've never been to Bryce, it's geographically fairly close to Zion but so different with all it's "hoodoos". This is one of the most famous hoodoos - Thor's Hammer. 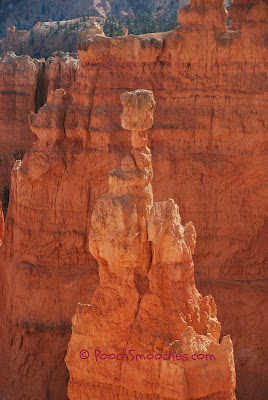 Next, it was back to Zion to hike the Narrows (a slot canyon hike along a riverbed). We'd wanted to do this 20 years ago, but they were having flash flood watch so we said no thank you!

It was deep in spots (and we have long legs!) and the water was running pretty quickly, so it was hard work on the way upstream, but coming back was much easier! A very awesome hike if you ever get the chance to do it! (But rent the shoes and the neoprene socks and the pants - especially if you go in November like we did!)

We also did a guided tour (the only way in) of Lower Antelope Canyon in AZ, which was amazingly beautiful! 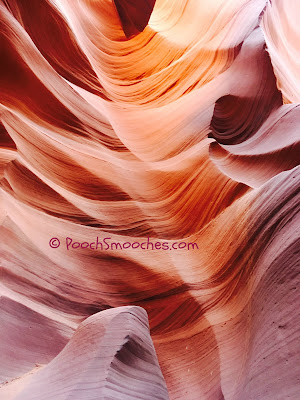 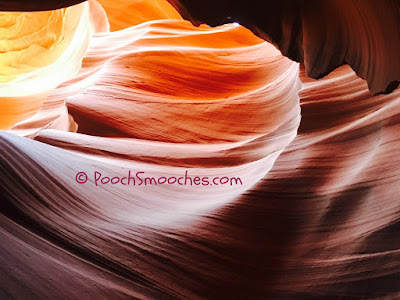 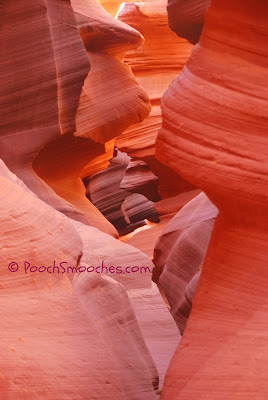 In some spots there are cool shapes... like this evil face in this shot: 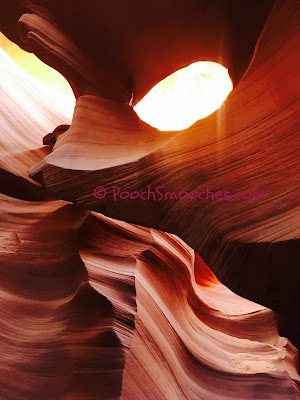 This "wind woman" was one of my faves. 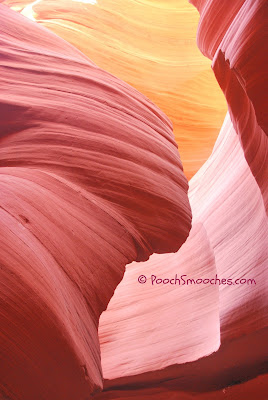 Anyway, as I teased in the title, the trip - even though Rita didn't come along - was not totally dog-less (thank, dog!).

For one thing, we went into a gallery in Kanab (looking for dog-art) and we found this fantastic greeter! 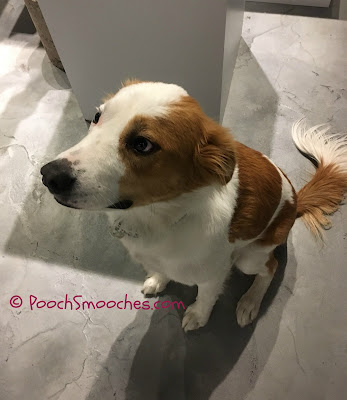 The other reason it wasn't dog-less is because we spent a day at Best Friends Animal Sanctuary! But you'll have to come back next week to hear about that!

As for Rita, I don't think she missed us one bit, but she put on her "oh, I thought you were never coming back!" routine when we went to pick her up. :) 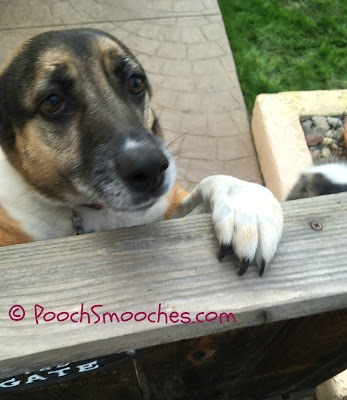 We love the national parks - but we sure wish you could take your pups along on all the hikes!


What about you? Have you been to some of the national parks? Do you have a favorite?