What's On The Telly? Dog Don't Care; He Watches It All

As you know, Reg stayed with us for two weeks recently.

Man, that dog watches a lot of TV! He loves everything - dramas, dancing, sports, cartoons, the news... even commercials.

Here he is watching Peaky Blinders. Not sure if he could understand their heavy Irish accents or not. We certainly can't, so we turn on the captions, so maybe he was paying such close attention because he had to read along like we do. 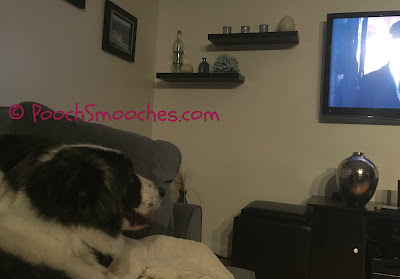 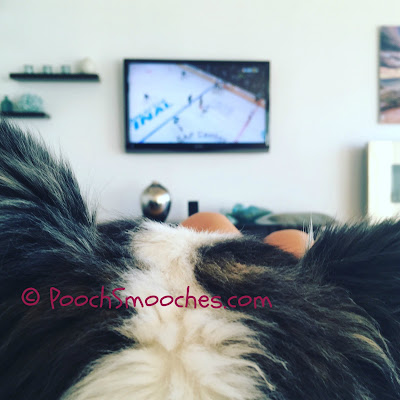 He was absolutely riveted by Bloodlines (you can see the TV reflected in the glass door). I kept asking him, "Do your parents let you watch these R-rated shows?" He said yes. "Did they even watch the previous seasons? Do you know what's going on?" He claimed he could follow it. 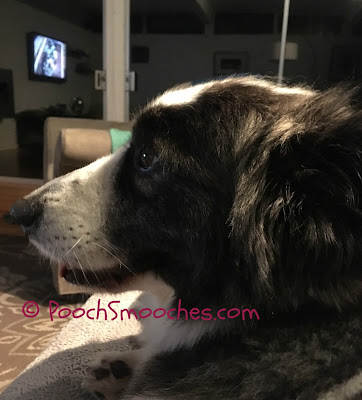 Sometimes I'd have to put up a pillow block, just so he'd finally relax and get some sleep! 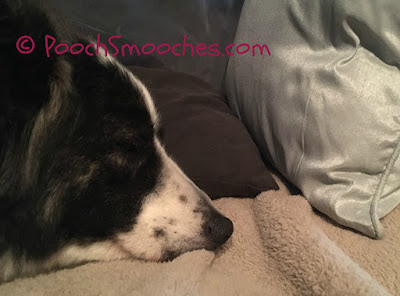 He's a funny boy. (BTW, points to anyone - outside of my family members! - who knows where the "What's on the telly?" line comes from. Bonus points if you know the follow-up line!)

Thanks to BlogPaws for hosting Wordless Wednesday! You can check out all the blogs in the hop here.