Last week I shared a lot of bitey-face photos, which is mostly what's been going on around here since Reg came to stay with us for two weeks. This week I thought I'd share the opposite of bitey-face: the much-less-often-captured-but-just-as-cute Snuggle Sessions. (Note: sessions are generally brief since Rita ain't much of a snuggler.)

This is Rita's spot on the sofa - the corner of it beside me. Reg would often insert himself between the two of us. Here he is, resting his head on Rita's haunch. (Say it with me: "Awwww.") 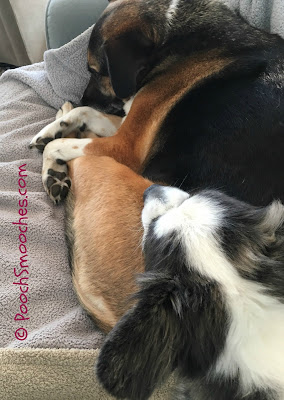 Or if there's not room between Rita and I, he just crams his way in in front of her. 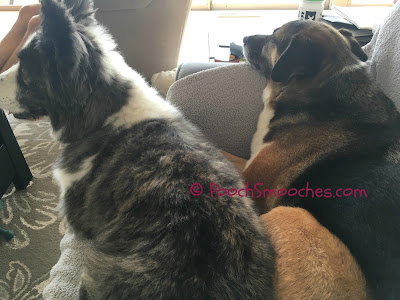 If Rita would switch to the other end of the sofa, Reg would too. And if my leg was already there, well, he'd just lie on top of it. (Note that he looks ready for anything, while she just wants to sleep.) 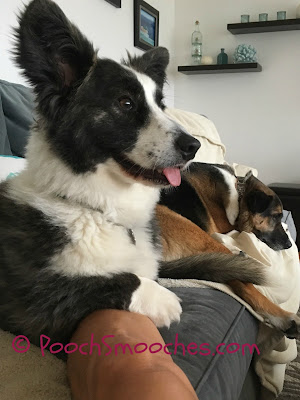 Here they are again, but in opposite positions. And with Rita trying to take up as much room as possible - probably hoping he'd move elsewhere. 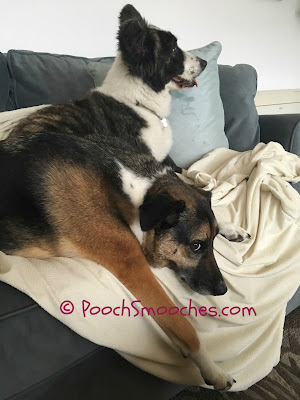 There was a brief moment of cute cuddling in (one of) her bed(s)... 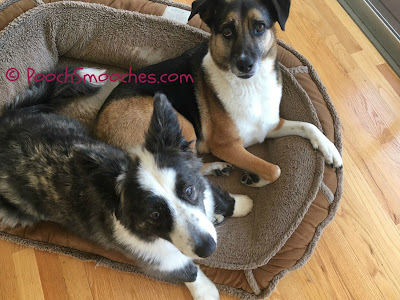 ...but that quickly broke out into some bitey-face... 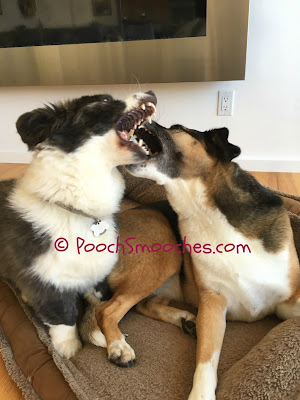 ... but then that gave way to this adorbs pic. 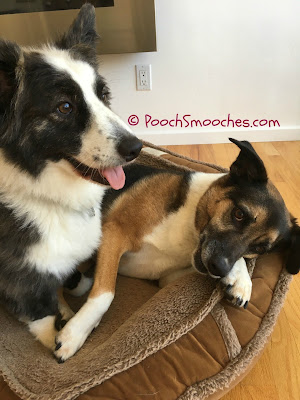 And then that led to this even cuter pic - probably my fave of his visit. He loves her so, giving her a sweet kiss. Meanwhile, she sticks out her tongue and winces. She's such a brat! 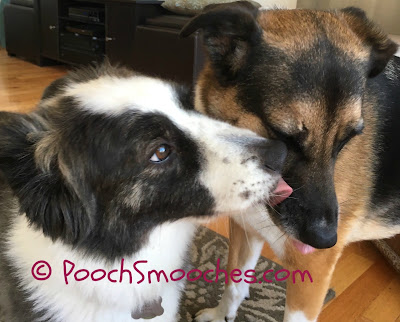 The other morning he got (boosted) up in the bed with us, and immediately lay down beside Rita. 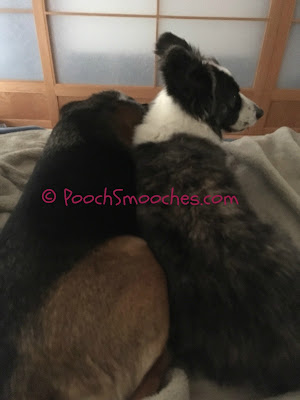 She flopped over to give herself some room... 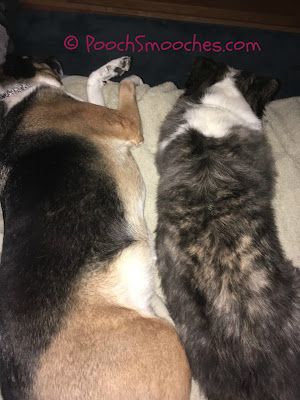 ...so he flopped over too. She actually was sweet to him and let him cuddle her like that for a good long while. 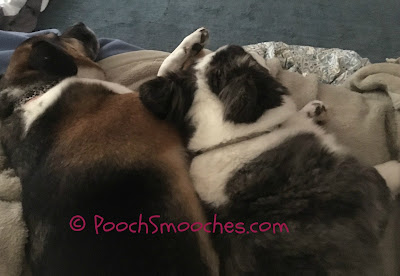 If he was desperate, he'd even come and snuggle with me. But that was a last resort, since I'd usually try to turn it into a selfie-opp. 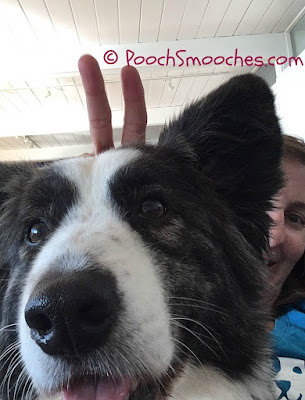 The sweetest was when they'd both snuggle in in the mornings with me or the hubs. (One more time... all together: "Awwwww.") 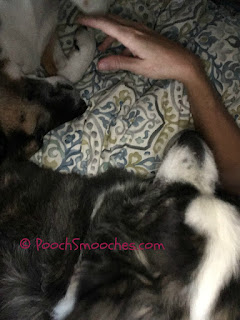 Do your dogs like to snuggle? If so, I'm jealous! Rita rarely snuggles with us. She likes her space!

Thanks to BlogPaws for hosting Wordless Wednesday! You can check out all the blogs in the hop here.