The hubs and I have been on the search for a good night's sleep (defined as not waking up in pain. Is that too much to ask?) for, like, years now. A while back we realized we wanted different things, so went to two twins in our king frame. Because of our search, we have a couple of spare twin bed toppers around the house, and since we had (yet another) new bed coming, I needed to do some rearranging.

I asked the hubs to toss one of the toppers in the spare room until I could rearrange some stuff stored under that bed and store the topper under there too. That night we went to bed and Rita trotted off to the spare room where she sometimes sleeps up on the guest bed. We heard what sounded either like distant fireworks (my guess, since we live within hearing distance of SeaWorld's fireworks and it was a 3-day weekend for MLK Jr. Day) OR Rita rearranging the blanket we keep on top of the guest bed for when she sleeps in there (the hub's guess, since Rita likes a cozy nest). We were both wrong.

The next morning I found this:
Yep, my normally very good girl had gotten up to some mischief! (Finally!) I just laughed.

The next night we heard the same sound, so I went in there to see her in the act of creating her custom bedding (or her "art project" as we have also since started calling it), to find this: 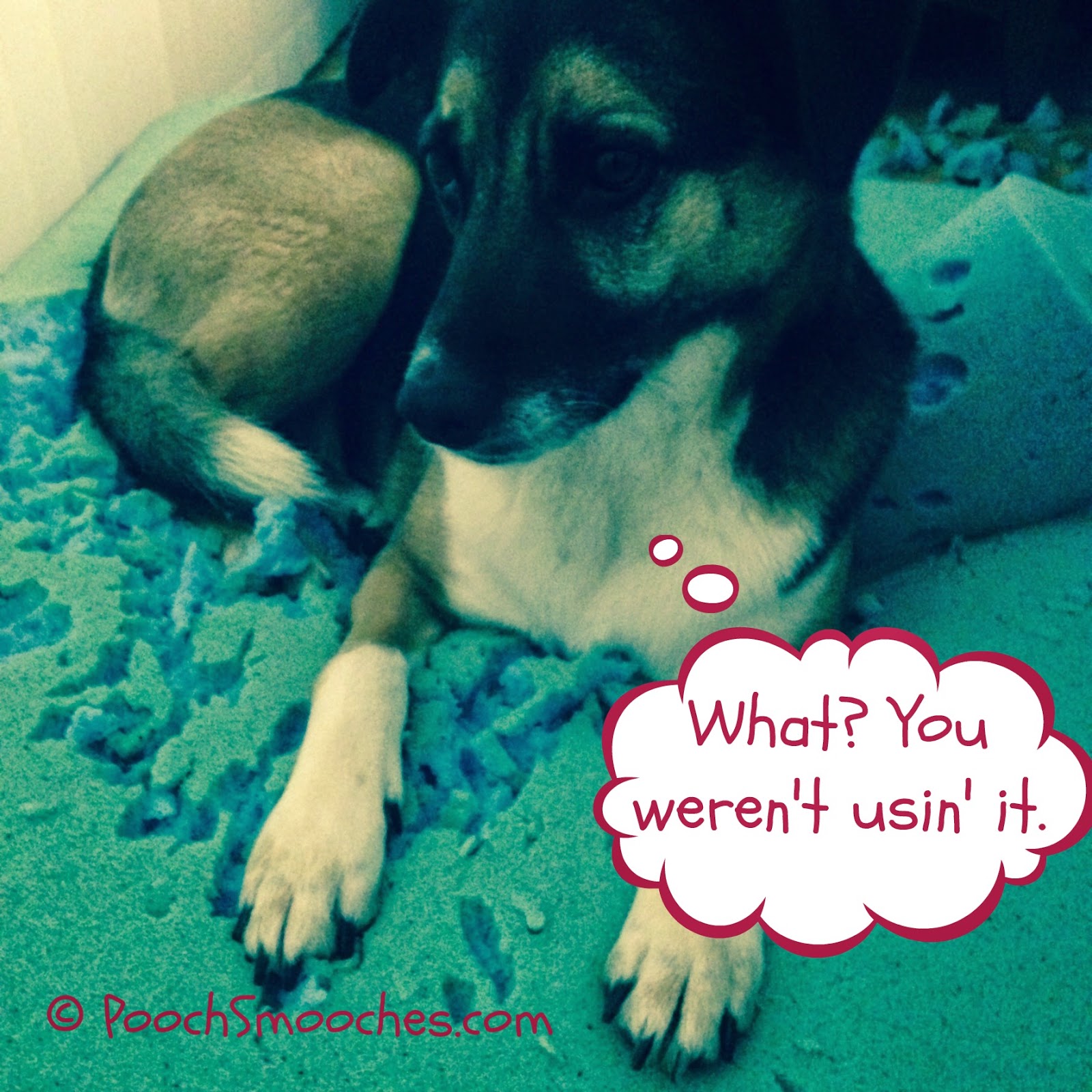 She's kinda got it just how she wants it!

So... that solved that storage problem.

She loves the thing more than the real dog bed we have in our room for her. So I moved her "art project" back into our room, and for now I'm just going to throw an old flannel sheet over it. I hate to throw it out after she's worked so hard to get it just so! She loves the thing!

It's super unattractive, but I just don't have the heart to throw it out.

What about you? Do you put up with unattractive stuff in your house for your pets' sake?