Do you like it when folks just pop by? Personally, I kinda hate it. After all, I'm a writer. So on most days if you stop by unannounced you'll find me in yoga pants (winter) or shorts (summer) with no makeup and my hair barely brushed. (At least I get out of my PJs, but that's only because Rita has to be walked every morning.)

Also, the house is usually a mess. If it isn't a mess, that means I'm procrastinating* on my writing.

Anyway, it turns out Rita hates uninvited guests just as much as I do. Case in point, this little guy showed up at our back door the other day when we FINALLY got some rain.

What's In a Name?

Who knew that George Washington had so many dogs? (I assume not all at one time...) And both G.W. and Queen Elizabeth had dogs named Vulcan?? What's up with that? (And doesn't that seem like sort of an imposing name for a cute little corgi?)

Anyway, I thought I'd share the story of how our pups got their names:

Bailey was named after Bailey's Bay, which was near where we lived in Bermuda. We thought we were being so unique and original! But suddenly there were Baileys everywhere, because there was a popular character on... I forget... a show we didn't watch so we had no idea. Maybe 90210? Something like that...

Abby's full name was Abby Louise, because that used all the letters in Bailey's name. Awww. Miss that girl!

Rita was named after Rosarita Beach, the beach in Baja Mexico where the rescue group found her. When she came to us, her name was Peaches. (Which was a funny coincidence, because there is a minor dog character in What the Dog Ate named Peaches.) Anyway, Mike makes a mean peach margarita, so in addition to being named after the beach, she’s also named after peach margaritas.

After reading Dakota's mom's post about how she found that Dakota means “trusted friend,” I decided to look up what Rita means: “Pearl.” This is another funny coincidence, because I joked with Mike when we were trying to come up with Abby's name that I wanted to name her Pearl so that I could be “Mother of Pearl.” (I know - I'm a dork.)

I guess we picked the right name for Rita, as she is definitely our special gem!

How did your pup get his/her name?


Very Brief Book/Writing News
In book news, I got another nice review on Chick Lit Central. Also, I had another idea for a book that I like and think could be a lot of fun to write - so I'm now working on three, yes three, different books at one time. And making myself crazy(er). Going to try to focus and finish one!!

Posted by Jackie Bouchard at 8:21 AM 7 comments:

What We Do All Day

I'm pretty sure the hubster thinks Abby and I lay around all day, kissing each other and sometimes having naked pillow fights. I thought I'd document the sort of stuff that does in fact happen around here with Abby and me:
First of all, we get our cardio in:
We cook:
We read:
We clean the house:
Sometimes we work in the yard:
OK, I admit it; sometimes we nap: 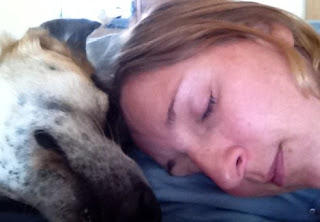 ...and sometimes we play a little Angry Birds... 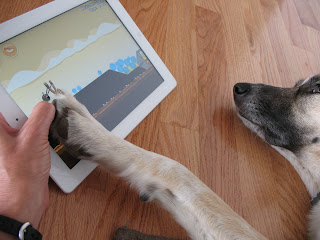 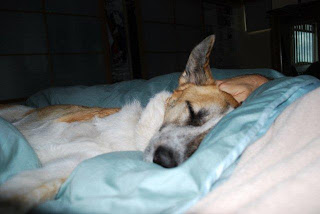