Your Face Is Going To Freeze That Way

Did your mom ever say that to you? Mine used to when I was a kid. I've been saying it to these two nuts a lot, since they play a lotta bitey face.

Most of my pics of them are just a blur, but I got a few where you can at least get the gist of the bitey face/ear/leg games they like to play. 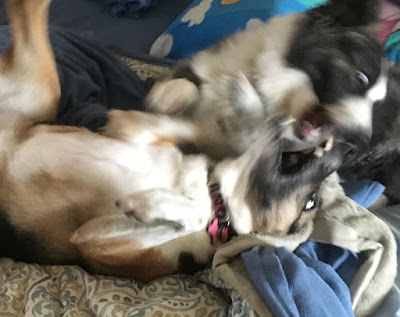 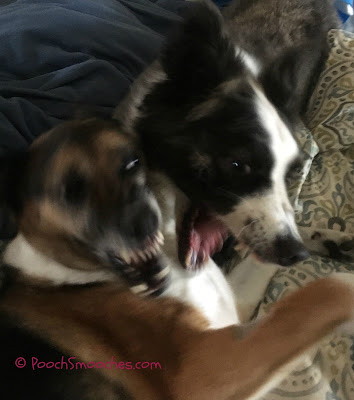 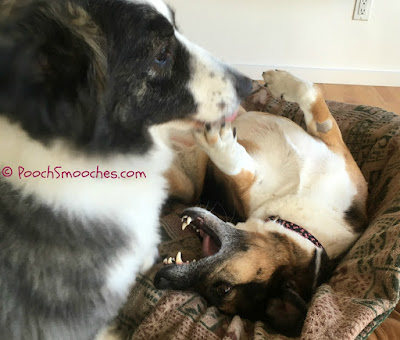 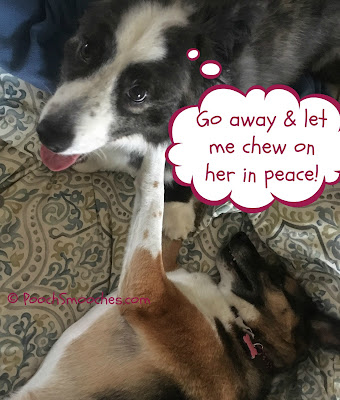 In Other News....
Okay, last week I showed you the spot I'd found on Rita and told you about how we had to have it removed after the vet found mast cells... well, if you haven't already seen the good news on Facebook or Instagram - it was benign! 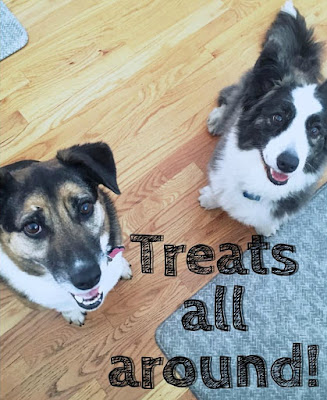 The vet said it was a "superficial cavernous hemangioma" - which doens't sound that great, does it? (Well, except for the "superficial" part....) He said the "cavernous" part of it explains why it got smaller. And the hemangioma part is a benign version of a malignant hemangiosarcoma. (Phew!)

He said it's probably from sun exposure - which is odd since it was in her armpit. She does like to sun on the deck for a few minutes each day, and I suppose her hair is thinner there, so maybe that's why?

Anyway, he said she'll likely be prone to them (some dogs just are apparently), and we might have to have them removed if they're in spots where they get aggravated and might rupture.

So, it was all good news, but she is NOT going to be happy when we head back to the vet later this week to get her stitches out!


Did your parents (or older siblings) ever tell you, "Your face is going to freeze that way"? (And THANK YOU for all the pawsitive thoughts!)