"Scout"ing Out Some Fun Over The Fourth

Hope all our American readers had a lovely long weekend! And hope your pups weren't too upset about the fireworks!
We had a nice, relaxing weekend. My sis and her pup, Scout, came over for dinner one night so we could get the dogs together to play. They've only played a handful of times, so we're trying to get them used to hanging out together.

Rita wasn't super friendly at first (sigh) but after an initial kerfuffle or two, they mostly got along really well.

Scout is a funny pup. My sis had Scout's DNA tested - she's a mix of Belgian Malinois, German shepherd, golden retriever, and hound of some sort (probably whippet since she's so darn skinny!). Scout also seems to thinks she's part parrot. Here she is trying to sit on her mama's shoulder. 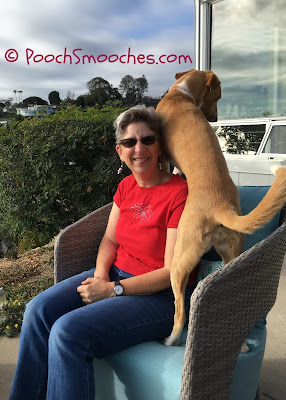 Rita - not interested in imitating parrots - was bored with that. She really wanted Scout to come down and play! (They did play, but of course my pics of that were all just a blur.) 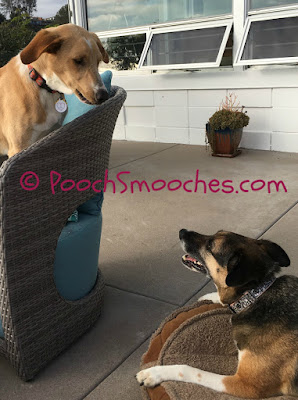 Later Scout was back in Mama's lap again! 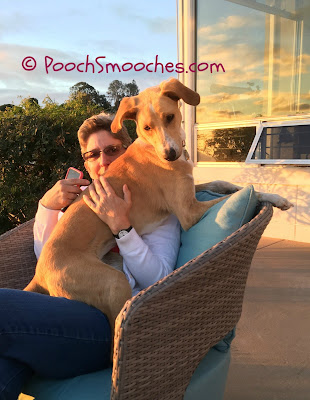 She wanted to give Mama some kisses, but was going at it from the wrong angle!

Finally she turned the correct way and planted a bunch of kisses on Mama, who found that resistance was futile. 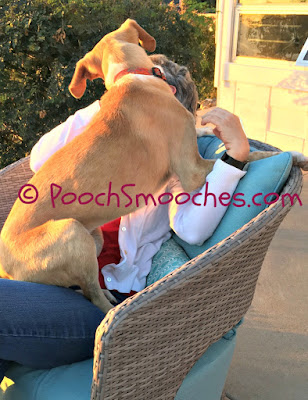 Again, Rita - not a kisser - was bored with that. 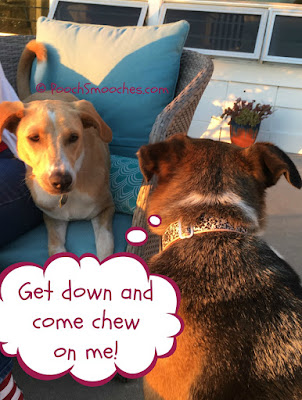 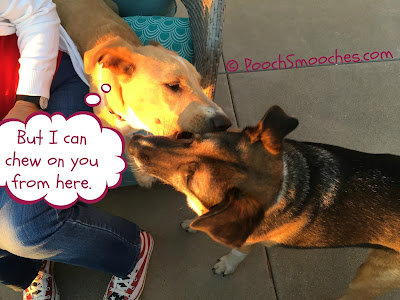 A good time was had by all!

As for the fireworks, Rita does fine. We live close enough to hear the SeaWorld ones every night in the summer, so she's used to it. And even though there are public displays much closer to our house on the actual holiday, they don't seem to bother her. Sometimes if there's a particularly loud illegal one in the 'hood, she'll sit up and take notice, but luckily nobody goes too crazy around here, so Rita did really well.


How about your pups? How did they do with all the noise?

Thanks to BlogPaws for hosting Wordless Wednesday! Check out their site to see all the other blogs taking part in the hop.