Usually sporting dogs are the hunting breeds... but not at our house.

Oh, Rita does like to hunt a squirrel or dead gopher every now and then, but she's more of a Pawdres ball girl:

And then we have Reggie, who's a huge fan (definitely short for "fanatic" in his case) of any televised sports. We found out this weekend while he was staying with us that he's a huge hockey fan! 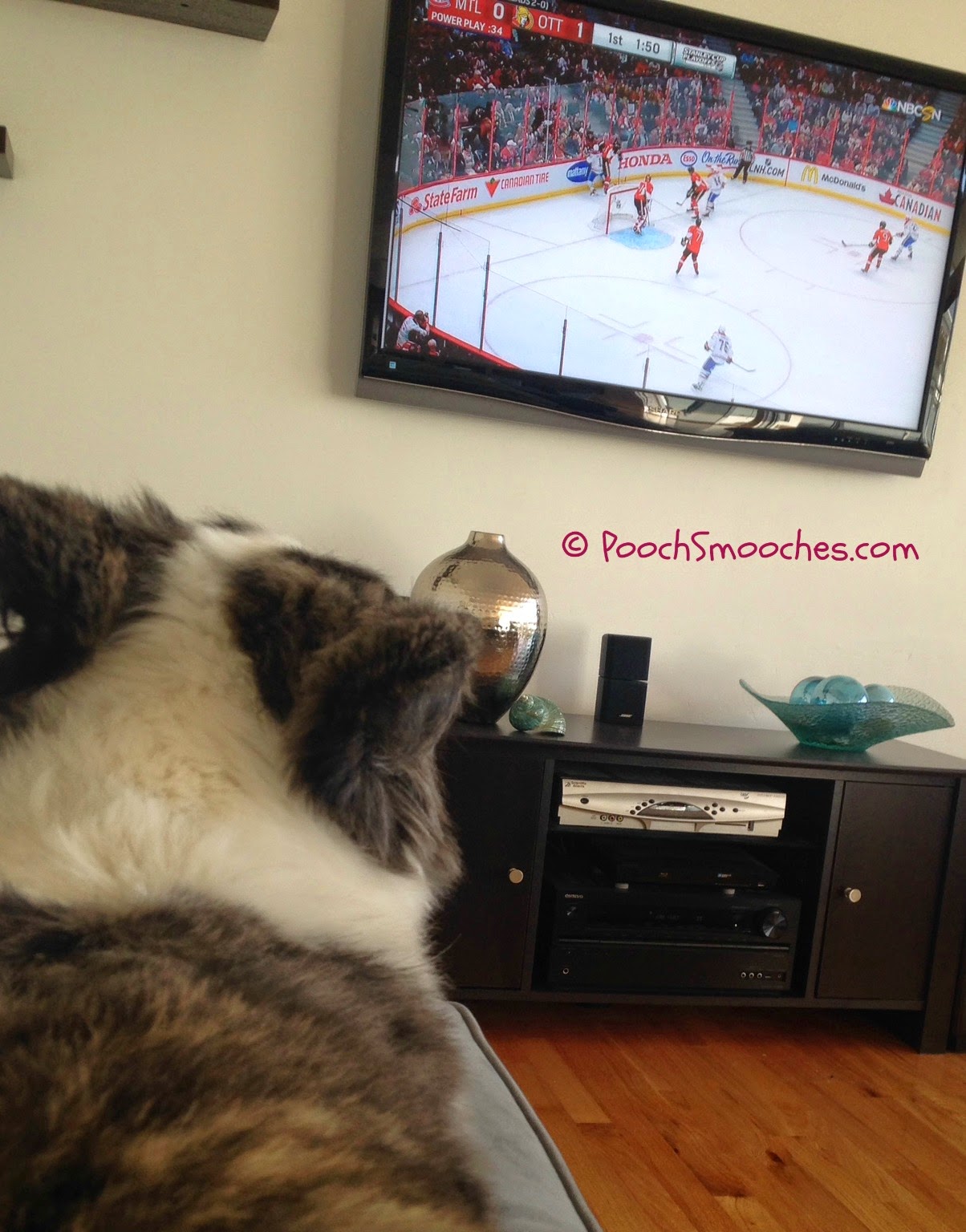 He's supposed to be sitting about 6 feet back from that spot, on his designated blankie, but he just HAD to be closer to the action!

In Other News...
You might remember that I shared that my new novel HOUSE TRAINED was supposed to come out this November. Well, I found out the other day that Lake Union, my publisher, has moved the release date forward to October 20th! So the book will be out a few weeks earlier than planned. Whoohoo!

I can't wait to see what the cover will look like, and you know I'll share it as soon as possible!

Thanks to BlogPaws for hosting!

Posted by Jackie Bouchard at 9:06 PM