When Rita and her cousin Reg get together, it usually looks a lot like this: 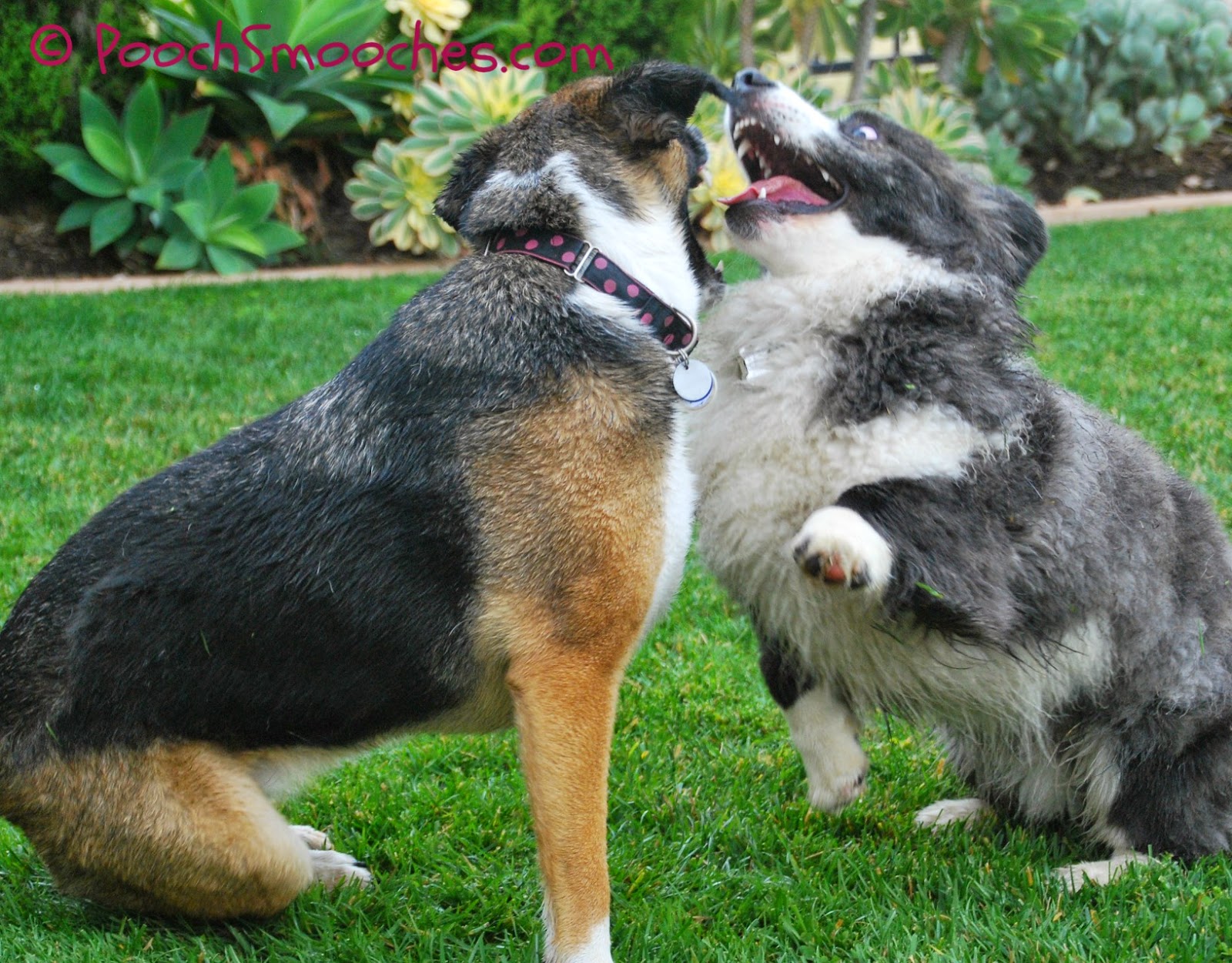 Until we end up with this:
So when I needed to run some errands the other day in Reg's 'hood, my sis said I could bring Rita by and leave her there for a play date.

Rita and I got there, and the pups were playing like their usual crazy selves, so I left to go run my errands.

And shortly thereafter, I got a text with this picture saying that Rita had told Reg "no more play!"
Apparently she was too worried about where Momma had gone and decided to be Clingy Girl with her auntie.
Reggie however still wanted to play, of course. 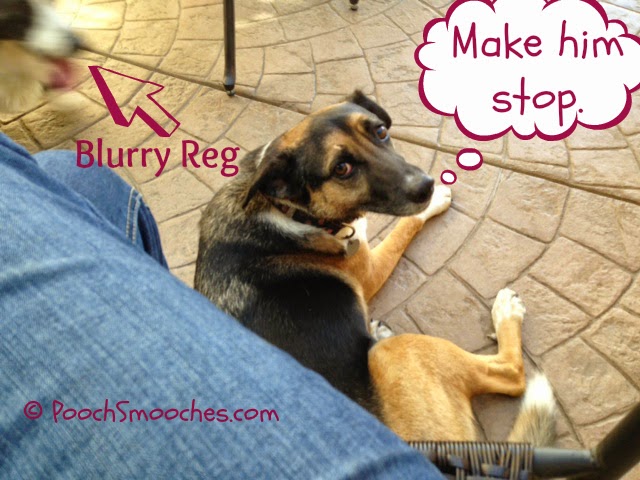 Nutty girl. So odd because when we've left her there overnight, she's fine and they play and play. Not sure what got into her head on that particular day. Maybe it was because I didn't say goodbye?

Do you say goodbye to your pup and explain when you'll be back?

Pretty sure it was the treat thing...

Posted by Jackie Bouchard at 8:23 PM