Why To DNA-Test Your Dog

We've gone back and forth for a while now - well, years really - on DNA testing our pups. Back when we first started looking into it, there weren't that many breeds in the database, and we just decided to skip it.
Well, then I got the opportunity to talk to some folks about the Wisdom Panel 2.0 Breed Identification test kit. They were in San Diego attending a local event as part of a "Swab-a-thon" tour to test shelter dogs and help provide some info about their breed makeup to help match them to their furever homes. Isn't that a great idea?

I couldn't make the event, but they still sent me a home test kit to try out, and set up a phone interview with Harrison Forbes, who is a celebrity pet expert and dog trainer. (Check out his site - you might recognize him from appearances on Today or The View.)

Here are some of the questions and answers we discussed on the phone.

What's the best time frame to DNA test your pet?
After all, we've had Rita over 2 1/2 years and we know her personality pretty well at this point. (Still... will we be surprised by what she's made up of?? We'll see. More on my predictions below.)

Harrison said ideally it's ideal to test your dog up front, especially if you're new to dog ownership. It can help you find out information on temperment and personality traits that can help with training. He said that a dog's temperament is roughly 75% genetic predisposition, so knowing the dog's temperament will help you in training your dog.

For example, if you find you have a scent-hound, you'll want to incorporate scent- / treat-based rewards into your training, versus a retriever or sight hound who might respond better to training if his favorite toy is involved.

He said getting off on the right foot with training your dog is key, since behavior problems (due to lack of training) are the #1 reason dogs end up in shelters. If folks get off on the wrong foot with training, they might think it's "not working" and give up. So, best to be armed with all the info you can get right from the beginning.

However, he did say you can still get benefits from the test later on. He told a story of a woman who had had some medical issues with her mixed-breed dog, and the doctors were not yet sure what was wrong. She happened to have the test done around that time and found out the dog was in large part a boxer (even though he didn't look like one), so she reported that to her doctor, and it helped him more quickly pin down what was wrong with the dog, as it was an issue that boxers are predisposed to.

What if your dog is just a true Heinz 57? Is there any info to be gleaned from finding that out?
I asked this because I have a feeling Rita comes from a long line of street mutts, so I won't be surprised if she comes back as just a garden-variety mix.

He said that very few of the tests come back with results where the dog is such a mix on both sides that you don't find out anything. But, even if it does, it's good to know that your dog should be "hyper-vigorous."

The future of DNA testing
We talked about how DNA testing for humans provides a very detailed report, specific to YOU. It will tell you things like which diseases you might be at risk for (based on YOUR DNA, not just your heritage) and which drugs might not work well for you. On the other hand, a dog DNA test will just tell you the breeds, from which you can glean info about what diseases the dog might be more susceptible to. As we've all seen, testing and advances for humans usually trickle down to our pups, so in the not too distant future, you might be able to get even more info from a doggy DNA test.

How do you take the test?
It's very easy. Harrison said to think of it as brushing your dog's teeth, but with the "brush" against the inner cheek, instead of the teeth.

We took our swab samples from Rita and sent them in. We'll report back when we get our results! 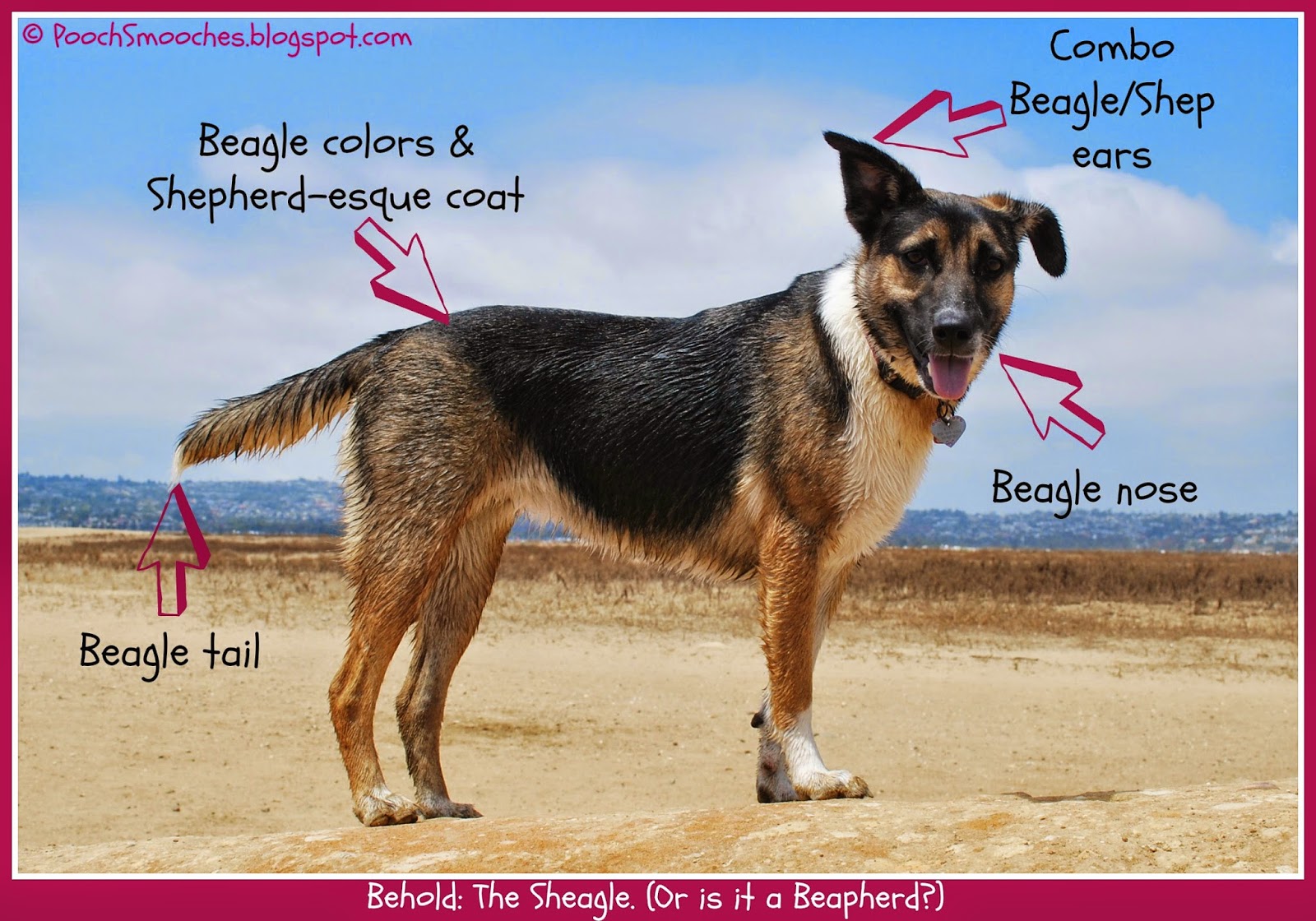 I've said before that we think she's a Sheagle. (Or a beapherd.) But I also think she'll have some terrier in her - especially after the way she killed that squirrel! So, if she doesn't come back as just straight-up Heinz 57, I'm guessing German Shepherd, beagle and terrier.

Some folks have guessed that she'll have some collie in her.

What do you think Rita might be? Or what about your own pups. Have you tested them? Would you consider it?

Thanks for reading, and thanks to Heart Like a Dog and 2 Brown Dawgs for hosting Barks and Bytes!

Posted by Jackie Bouchard at 9:34 PM