Can You Find Happiness at the Drive-Thru?

Rita is not a super smiley dog. Mostly she just sits with her mouth shut and observes, so when she looks smiley I love it!

Monday was Rita's 3rd birthday so to celebrate we went to the In-N-Out drive-thru and got her a Flying Dutchman. This made Rita HAPPY. 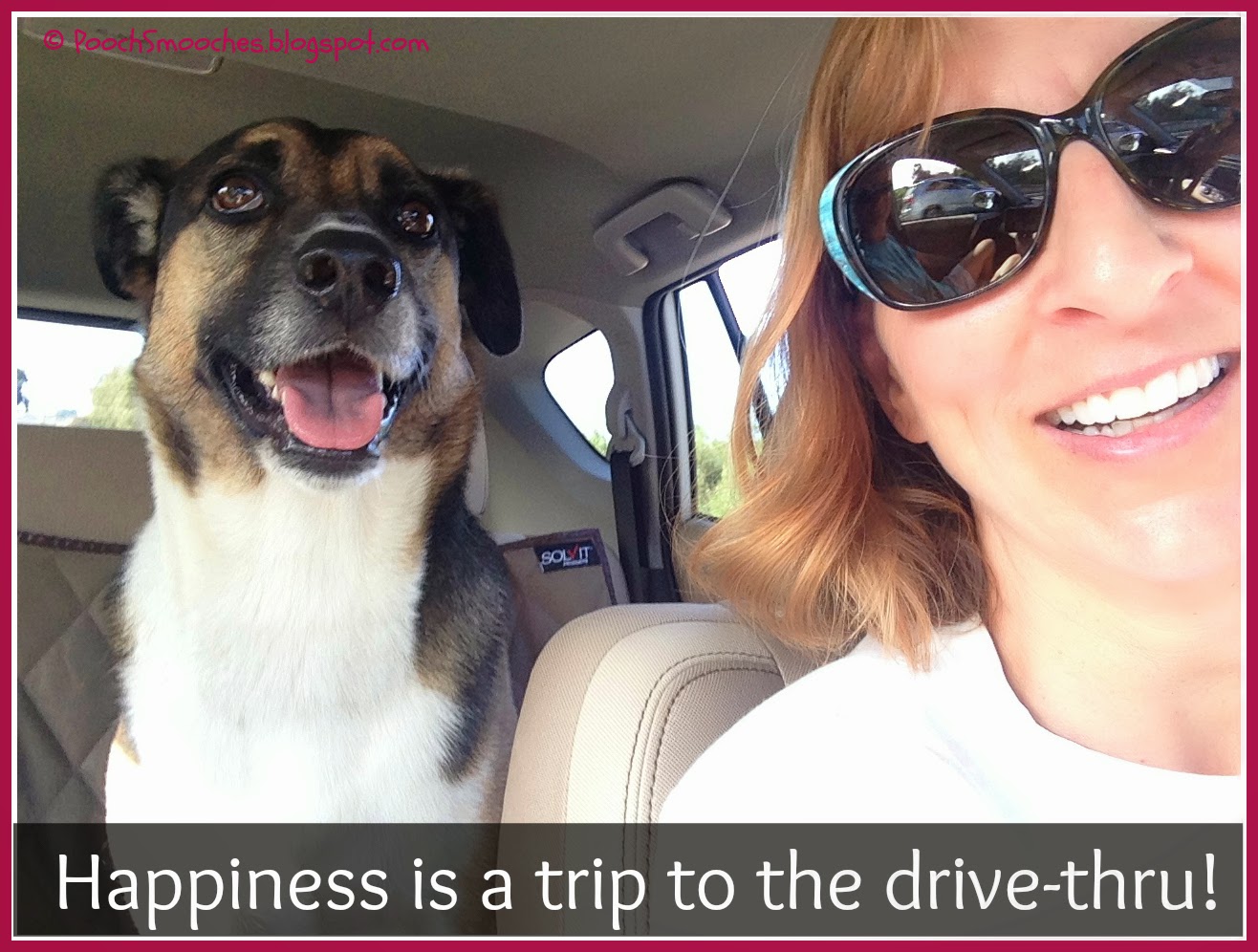 Bunny Rita's been a very busy girl the past few days. This might be a long one because I've been taking TONS of pictures of her.

I Love Lucy
First of all, Rita met Lucy, my nephew and his girlfriend's dog. I think that makes Lucy & Rita cousins once removed. Although these two are more like never-to-be-removed cousins. Rita is probably a month or 2 older than Lucy, and they played hard for three hours straight. Most of my pictures from them playing outside look like this:

Inside, they played a "Queen of the Bed" game that went on and on.

Rita definitely LOVED Lucy and looked very sad when they left. Then she crashed!

Bunny Meets Bernie
You might remember Bernie, aka Bernie bin Laden, from this video I posted of him back in January.Well, Bernie wanted to come down from his home in Orange County to meet Bunny Rita, so the roads were cleared, and the appropriate authorities were warned, and we signed Rita up for insurance (our first time having pup insurance, btw), and the two of them met at Fiesta Island on Monday, along with Linda, Bernie's older and wiser sister.

They were actually pretty tame, I think because Rita was still hung over from her play marathon with Lucy the night before.
Afterwards we went to In-N-Out, which was obviously a huge hit.

Bernie decided to give Mike the kisses he's been missing since Rita is stingy with them.

Then Bernie decided his dad might be jealous, so gave him a bunch too. Below, John demonstrates the appropriate way to receive Bernie's kisses: lips and eyes all clamped tight shut. The only problem is that Bernie then kisses your nose, sealing off your access to oxygen, so that you are forced to open your mouth. But you really don't want to do that, so it's best to just hold your breath til you pass out. 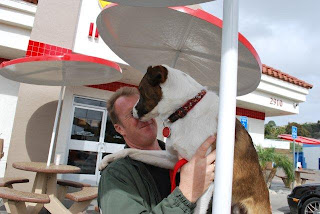 Bernie also decided I needed my makeup washed off - but I have no pictures of that (which is probably a good thing).

Bunny Rita's Special Valentine
Rita also received not one, but TWO special Valentine's from her long distance boyfriend, Rocket. First of all, he sent her a Valentine's care package that included a Monkeydog helmet, a stuffed pink monkey, and some chocolates for Rita's mama. (Which Rita's mama did not share with Rita's daddy...)

If you missed it I explained about MonkeyButts (aka Monkeydogs) here, but basically they are quadpawds who stir up friendly trouble on Tripawds.com to keep the smiles coming on a site that can sometimes be filled with sad news. The Monkeybutts' leader, Rocket (a.k.a. the "MonkeyButt-Bunny Vampire Pirate") has a little crush on MBBunny Rita, so he sent her a helmet. She is ready for battle with those silly Tripawds!

The other special Valentine he sent her was this special video viewable here, which cracks me up every time I watch it. My Rita es muy bonita! Y Rocket es muy macho!


Hope you all had a good Valentine's Day, whether your Valentine is two-, three-, or four-legged (or web-footed or talon-ed or whatever. I don't judge.)!

If you'd told me I'd go back to Fiesta Island the day after losing our girl, I'd have said you were crazy. But that's what I did today. And I'm so glad I went.

You might remember that one week ago, I posted that we planned to meet up with some Tripawds folks, including the famous Tripawd's Spokesdog Wyatt and the feared-across-three-states (or is it more?) Bernie bin Laden. Even though none of those folks live in San Diego, they still wanted to drive down today to have a Tribute to Abby day at Abby's favorite place, Fiesta Island. They said they would totally understand if I didn't go, but I knew that Abby would want me to. If I didn't go, she would say, "Are you kidding? Miss a day at THE BEACH?" She would have said, "You're nutty, Mama. Go!" So I went.

It was really hard at first - especially turning onto the island without Abby in the backseat. She would always get so excited as soon as we got off the freeway. While we drove around the island, she'd stand in the backseat and hang her head out the window. She could barely contain herself until we'd park and I'd let her out.

But it got better once I got there and met everyone - especially the crazy pups! I took over 100 photos and had a hard time winnowing them down for this post, but here goes:


When I came home this afternoon, I downloaded the pictures from today. Then I got side-tracked looking through some of the last photos I took of Abby. All of a sudden, I looked up and saw this: 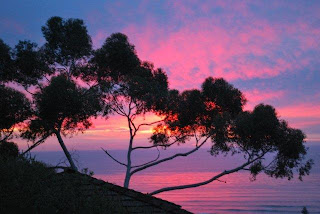 That is Abby's color! Tripawd-Warrior-Princess-pink. I'm pretty sure she wanted to let us know that she got there okay, and that she is painting the town pink! I'm hoping she met the Original Tripawd, Spirit Jerry, there shortly after arrival. We made a felted wool version of him for his pawrents. 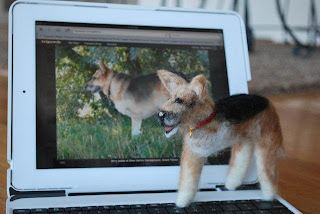 Jerry and Abby would make a cute couple. 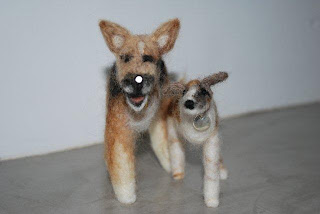 I'm sure she is flirting with all the boys up there.

As first days go without a beloved furry family member, it was actually pretty darn good. I laughed more than I cried - and who would have thought that? Certainly not me.

Thank you to everyone! All our family & friends & all the folks at Tripawds for the love and support. It really does mean a lot to know so many other people loved her too and were touched by her. 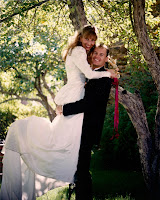