I was tagged by Dolly (thanks, Dolly!) over at Dolly the Doxie to participate in the "8 Photos of Happiness" tag that is making it's way around the interwebs. Thank you to Ariel’s little corner of the internet for coming up with the idea!

With all the "sad" that's out there in the news everyday, it's good to spread a little happy!

Here are my photos, in no particular order:

This funny puppy makes me happy! 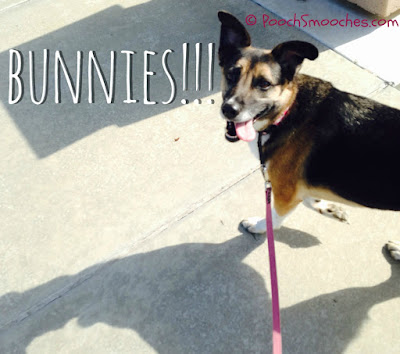 Abby is continuing to do really well. Last time I mentioned some tummy issues, which have been continuing off and on, but overall she's fine - and was well enough on Sunday that we did indeed get to go for a Flying Dutchman at In-N-Out. She loved it! She is not usually much of a chow-hound/beggar, but she was totally counter-surfing when we brought that little bit of cheese-and-meat-heaven home.

We've been going to the beach pretty much every day. It's the only place where she smiles. The rest of the time she has an expression pretty much like this on her face:
But when we go to the beach, she looks like this:

And when we get there, she's even happier:


Yesterday at the beach, this old man that I often see there walking his pooch, came up to me and shook my hand and introduced himself (Chuck - and his dog, Elton. Great name for a dog, eh?). He said, "I see you here all the time and I just wanted to say how much I admire you both." Both? I get that Abby is very admirable, running around like nothing's wrong, laughing in the face of adversity ("Hahahah! Stupid Adversity!!") but I'm not sure why he says he admires us both. I'm just there walking with my doggy, like all the other "regulars." Anyway, it was very sweet. And chalk up another admirer for Abby.


Toenail update: In my last post, I had her taped up into a sock trying to help her torn toenail heal. Well, it is still bothering her a little bit, but she chewed holes in the sock, so sock therapy had to stop. It seems to be getting better though and she doesn't lick it as much. At any rate, it's not slowing her down one bit. Here is video evidence of how she still races around. I captured her this morning at Fiesta Island chasing seagull shadows. (Remember I mentioned that she goes nuts for flashlights and candles? Well, it's the same for pretty much all reflecty/shiny things as well and fast moving shadows. She's nuts.) You'll see in the video that the seagull flies by on my right, but Abby takes off to the left - chasing the shadow instead of the low-flying bird. (You might want to turn the sound down or just mute all together - it was really windy today so the sound is not great, plus there's my squeaky voice cheering her on.) She runs SO fast and so far away that you can barely see her. Not the greatest quality video - but I just used my little iPod Nano to shoot it. [Amazing that you can carry something so small around and record videos with it! Thank you, Steve Jobs and may you RIP.]

Barney update: In Barney news, Abby has successfully managed to kill him dead. In the last photos I posted of him, he had been turned into a uni-pawd with a colostomy bag but he was still hanging in there. With the exception of his small and large intestine, most of his internal organs were still intact. Well, the other day I got up to find these remains of Barney (careful... these are gruesome and not for the squeamish...):

No limbs. No eyes. No lower jaw. No innards. He's toast. But he still insists that he loves us! What a chump. Thanks for the good times, Barney.

That's pretty much all the news from Abby-land. Thanks for reading.