Monday Mischief: Everything Is Irresistible

It's Christmas, and Rita is finding everything irresistible.

First of all, there's the "dogs at the beach" themed tree I put up. She LOVES the smell of the starfish and shells on the tree! It's a bit of Momma-mischief to put something so smelly on the tree, but so far this year she's been good and hasn't stolen anything off the tree! 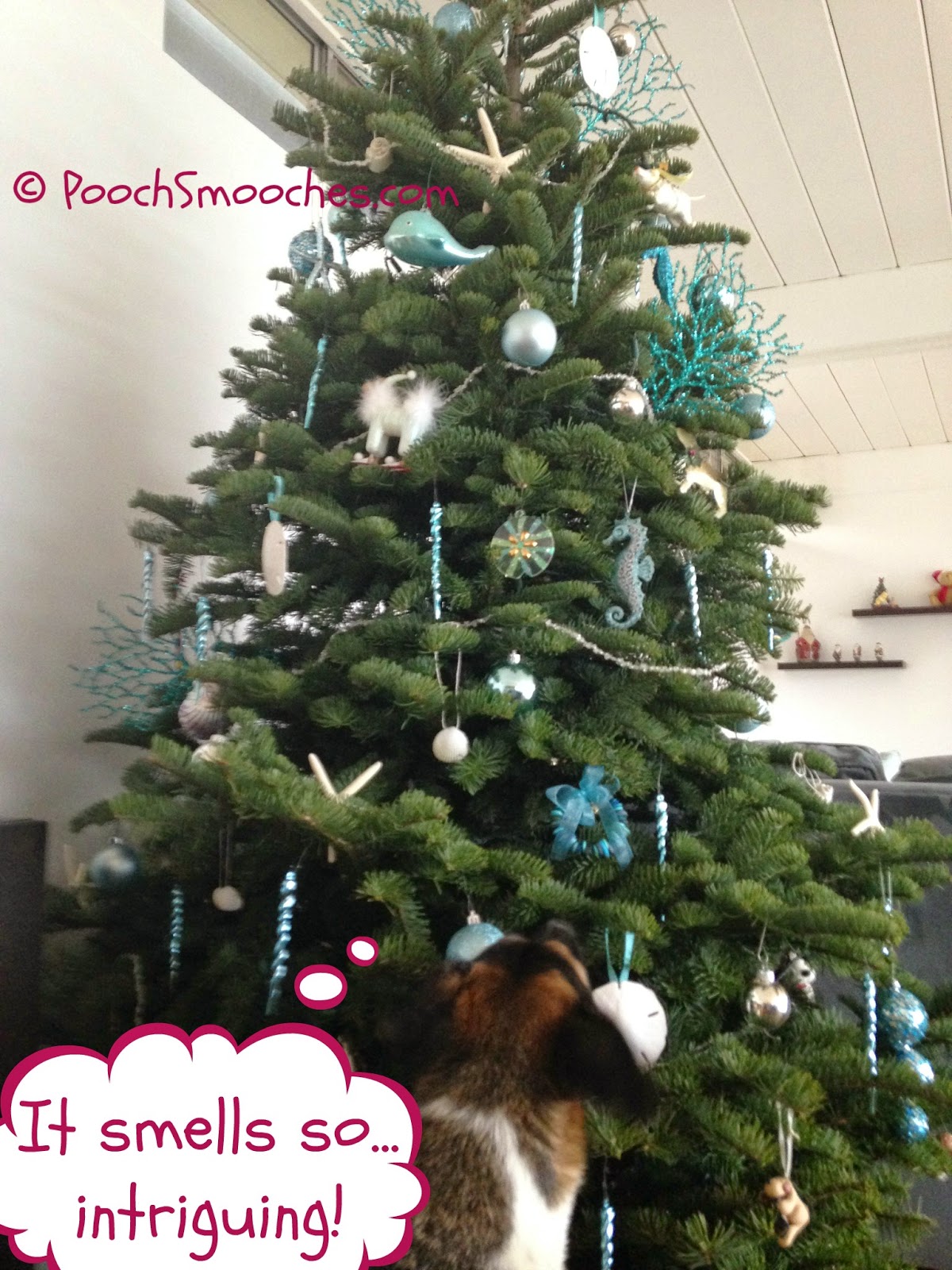 Next, there's the present (one of) her long distance boyfriends, Rocket, sent. (Sorry, Jeffie... there's more than one of you long-distance boys who's in love with Rita...) I guess that's a little Rita mischief, juggling 2 long-distance romances! Plus some Momma mischief, because as much as Rita wants to open it NOW, I'm insisting she wait until Christmas day.
Then there's the gourmet frosted cookies that her step-grandpa generously sent to her! Daddy mischief, putting them just out of reach... 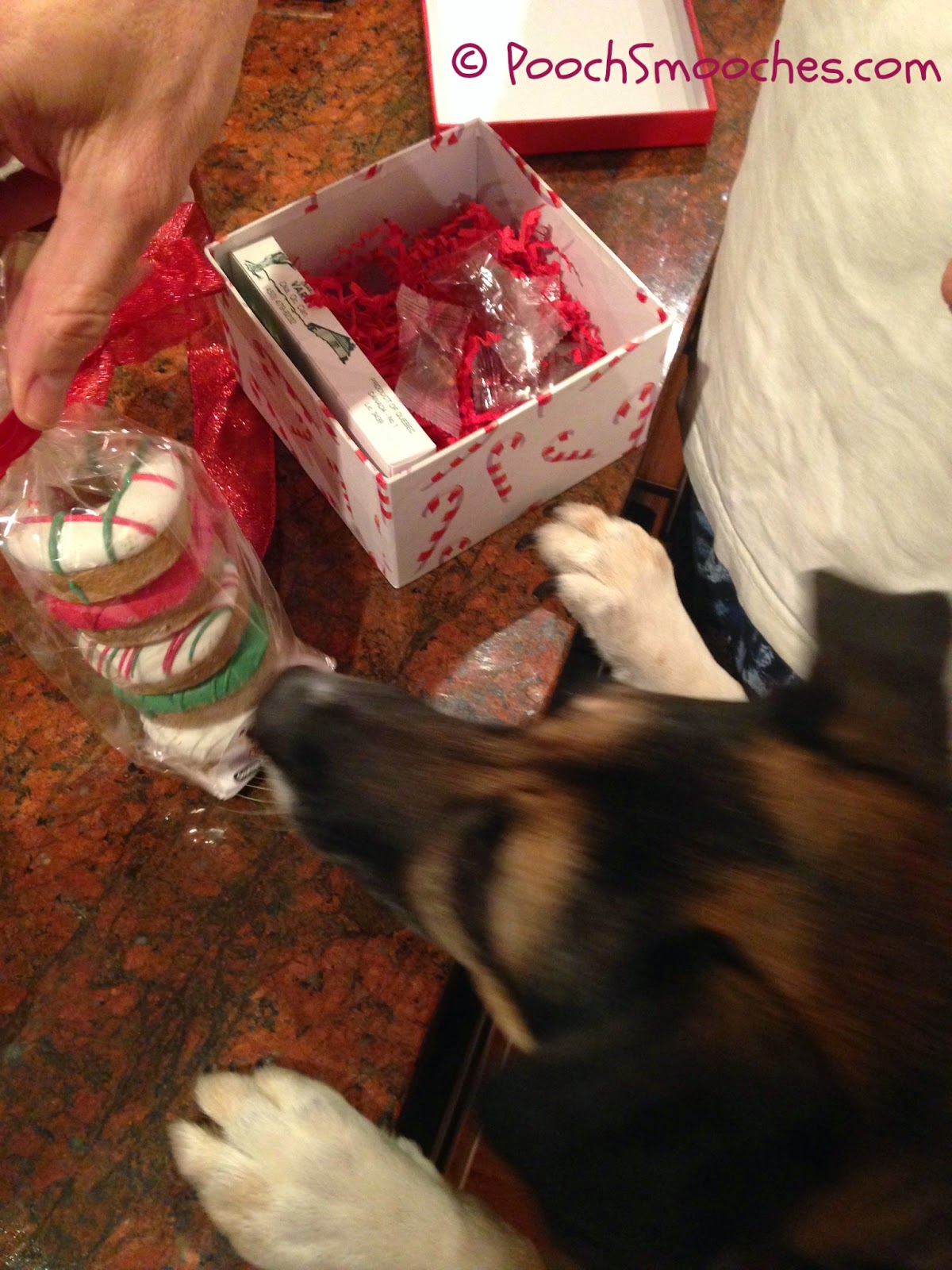 But THE most irresistible thing is something that has nothing to do with Christmas... It's Reggie's neck! More Rita mischief, attacking while he's getting dried off by Rita's auntie. 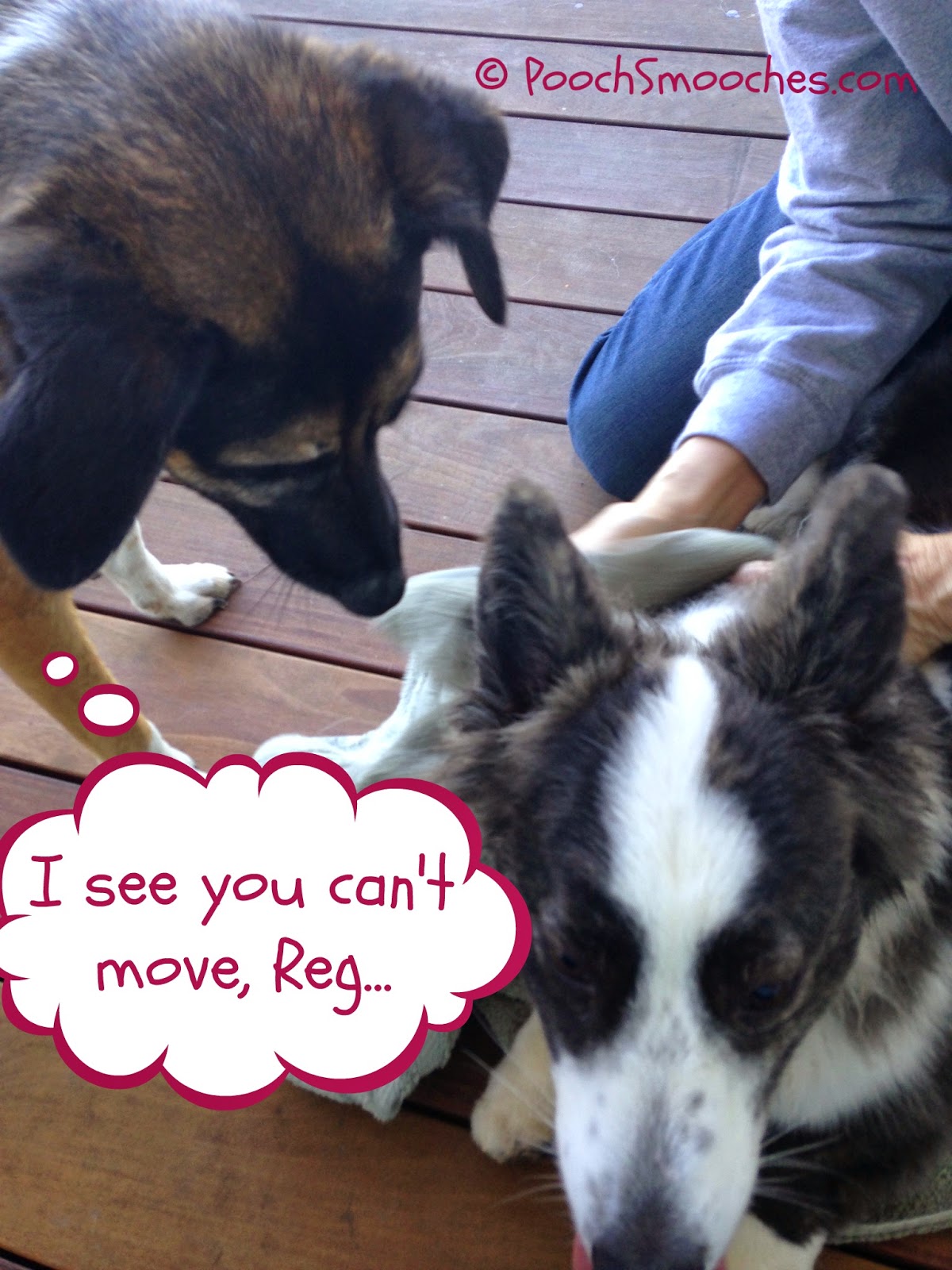 So much mischief to get into at this time of year! But gotta be good for a few more days until Santa comes! Hope you're all being good!

Posted by Jackie Bouchard at 9:57 PM